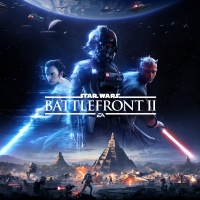 WreakerOfClash
173 posts Member
February 24, 2018 12:40AM edited February 2018
So I just finished my daily challenge, and this was my first time really playing the game mode, as before I played about 2 games where I hopped on, the match was halfway through and I didn't really experience it. Since I've really gotten into the experience of the newest game-mode, Jetpack Cargo, I can summarize what I think of this game mode in one word: awful. I don't really like to be negative about the game, as I love it a ton, but this game-mode is just so bad in my opinion. If you don't know, Jetpack Cargo a limited-time game-mode added with the most recent 1.2 patch. It consists of an 8v8 battle of only Arial units, specially Jump-troopers (I believe that's the name, I'm not sure). You can choose between a pistol, the SE-44C for the Officer and a rifle, the A280 for the Assault class. Very similar to BF2015's Cargo mode, one cargo spawns in the middle of the map, and it's your goal to bring it to the other team's spawn, first to three wins. There is only one map, Tatooine, specifically Mos Eisley. This is where the first major issue comes into play.

Map Choice
I don't understand why Mos Eisley was even selected as the only map. Why didn't they go for any other map like Hoth or Naboo? Personally, I do not like Mos Eisley. I don't find it enjoyable, but it's not the worst thing in the world. Yet this map is so horrendous in what I'll refer to now as JPC. There is so much junk scattered in this map it's unbearable and the arches and buildings make me want to scream. The jet-packs are almost useless as you will 99% of the times run into an obstacle and will desperately float around awaiting your certain demise. I hate this so much, as I can hardly traverse through the map as my jet-packs only seem to slow me down, and what's the point of a mode surrounded around jet-packs if they literally hurt you more than help. Don't even get me started on the night variant. Yay, less lighting, I really wanted to see less of this already stupidly difficult map.

Weapon Unbalance
The weapon unbalance isn't nearly as bad as I would believe, but I only ever die to the SE-44C, as nobody picks the A280. Why you ask? What exactly is the point of picking a weapon that is seemingly less accurate, fires at a slower rate, and deals less damage at close range? Now I'm not going to argue that the A280 is any bit bad, in fact, it's my primary weapon to use, as I am a huge fan of it. I just don't like a match where I'm literally the only person using the A280 whilst everyone else is using the SE-44C or...

The Rocket Launcher
I hate this weapon SO MUCH. It is so annoying to play with and against. JPC really should've been referred to Rocket Nightmare, because the only thing you can see are rockets flying past you, insta-killing your teammates leaving you all alone to be mauled. It recharges way too quickly so your opponent always has enough time to fire a second rocket at you, so when you barely dodge the first you can always get killed by the second. There is no skill in aiming at the body of your enemy and launching your rapid-fire rocket to guarantee yourself kills. The one thing I can give the team on this weapon is that the splash is very balanced where it deals very little damage if you don't dead-on hit them, which is a plus.

Types of Players
So right now I've really only seen three types of players: rocket spammers, objective hogs and campers. The spammers are exactly what you think they are: they never even touch their primary and only ever have their rocket launcher up, and they wildly shoot right when they see a hint of red and fire instantly. These guys aren't nearly as bad as next. The objective hogs are the most annoying. All they do is run after the dropped cargo, avoid any contact with anyone at all costs, jump from building to building and capture a point. Normally, I love objective play. There aren't nearly enough players in GA that will actually play the objective. Hurray, great, objective play! This game-mode, however, does not need these players. I would rather stretch JPC out for longer than to have somebody scurry across the map to end it ASAP. The final type of player is the camper. They sit around corners with their SE-44C's and never feel like actually helping, only to cheaply kill troopers that are running on by. These are the best of the three, as they aren't really that common, but to a point that they're noticeable. Games with the same players over and over get so repetitive that there's no point in playing it over and over.

Improvements
So this is the section where I rattle off suggestions to what could make this mode better. First of all, add more maps. The lack of maps leads to very boring and repetitive games and makes players begging for more maps. Open-ended maps like the first phase of Hoth, the third phase of Endor and others would really make the experience more enjoyable. Increase credits. The payout is ~400, and that's if you are consistently making top five. If the amount can go up to ~520, it would attract a larger playerbase. Remove some debris on Mos Eisley. If JPC is staying with only Mos Eisley, the best thing to do is to remove at least some of the debris, as it's a real hindrance to the mode. Add fake cargo points when cargo is spawning. Players are always camping the main point right when it spawns, so to prevent this, maybe indicate three to five points, and only one actually spawns the cargo? It would help prevent camping to a certain extent.

Summary
Jetpack Cargo is nice in a stance that "hey new modes that's cool!". It appeals to a certain group, and I assume that there are others that really enjoy it, but alas, I don't fall in that group. This mode should stay in the current "limited-time" event style, as it brings back players to see what this new mode is about, it certainly brought me back. Unfortunately, this mode falls so flat on it's face in almost every aspect and is not at all enjoyable. I give this mode a 2.5/10. There is some very brief moments of enjoyment, but this is just not in the right direction in terms of modes. That's it for my review on Jetpack Cargo! I really hope you enjoyed reading. Always tell my your thoughts on this mode or this review, I really enjoy any form of feedback! Thanks for reading, WreakerOfClash, out!
Reviews
Jetpack Cargo
AT-AT
Iden Versio
Post edited by WreakerOfClash on February 2018
6