ZephanUnbound
3636 posts Member
March 17, 2018 5:17PM edited May 2019
Disclaimer: I have based my ideas for Mace Windu and Darth Sidious on info from their wookiepedia pages. Some info is pulled from the old Expanded Universe aka Legends and technically is no longer canon. I felt this was necessary with Mace in particular since there is very little to set Mace apart from other Jedi canonically speaking.

Mace Windu was Master of the Order, the elected leader of the Jedi High Council and 2nd highest position in the Jedi Order after Grand Master, from an unknown point in time until 22 BBY, when he vacated the role and passed the title to Grand Master Yoda so that he could serve as a General during the Clone Wars. Mace Windu was typically considered to be the 2nd strongest Jedi in the Order overall after Yoda, weaker than Yoda in Force Abilities, but possibly a better lightsaber duelist that Yoda (Mace managed to disarm Sidious during their lightsaber duel, which Yoda proved unable to do). When it comes to lightsaber combat, Mace was one of the few Jedi in the order to master all 7 forms of lightsaber combat. He not only mastered Form 7, Juyo, the most difficult of all lightsaber forms to master, he was so skilled at it that he managed to create his own unique variant of Form 7 called Vaapad, noted for it's incredible speed. He had a rare talent for the Force Ability Shatterpoint, which allowed him to see the weak points in objects or enemies and exploit them. Mace Windu walked the line between light and dark much closer than most Jedi dared to, utilizing darker emotions like anger and darker force powers like Force Crush during combat without succumbing to the dark side.

Vaapad: Mace Windu uses the Force to enhance his movement speed and lightsaber attack speed by 20% and reduces stamina usage by 30% for 10 seconds. 16 second cooldown

Shatterpoint: A saber strike with a 3m lunge, if it connects with an enemy it does 100 damage and increases the amount of damage the enemy takes from all sources for the next 5 seconds by 20%. 16 second cooldown. Emotes
“This party's over”
“The oppression of the Sith will never return, you have lost”
“I am going to end this once and for all”
“He's too dangerous to be left alive”

Darth Sidious was the Dark Lord of the Sith during the waning days of the Old Republic. Tremendously cunning, he managed to orchestrate a plan to take over the Galaxy which ultimately succeeded. Darth Sidious was exceptionally powerful in the Force, his Force Lightning was much more powerful than that of Count Dooku, powerful enough to kill and burn Lyleks, which were tough enough to withstand heavy blaster fire. He was also exceptionally skilled at Force Telekinesis abilities, able to effortlessly levitate and throw multiple Galactic Senate platforms in quick succession, and choke two Mandalorian guards to death simultaneously in just a few seconds with a simple gesture. Sidious was also an exceptionally skilled lightsaber duelist, defeating every opponent he ever fought except for Mace Windu, who he lost to, and Yoda, which was a draw. Using Force Speed augmented attacks, he killed the Jedi Masters Agen Kolar, Saesee Tiin, and Kit Fisto in mere seconds during a 4 v 1 fight. He also managed to defeat Darth Maul and Savage Opress in a 2 vs 1 fight. Unlike most Jedi and Sith who fought using a single lightsaber form, Sidious incorporated elements from multiple forms in his fighting style, including acrobatics typically associated with Ataru and unpredictable attacks typically associated with Juyo.

Abilities
Chain Stun: Sidious fires out a bolt of lightning that can chain to up to 4 enemies, doing 40 damage per enemy and stunning them each for 0.8 seconds. 18 second cooldown

Unlimited Power: Sidious puts away his lightsaber for 25 seconds, allowing him to do a 2 hand lightning attack that deals 150 damage per second and slows enemies by 20% with a 15 meter range. The clock counts down faster while attacking, similar to Leia's E-11 or Han's Rapid Fire. 22 second cooldown.

Furious Spin: Sidious lunges forward with his lightsaber out, spinning twice in the air before landing 12 meters away. Deals 100 damage to any enemy that it connects with. 2 charges. 6 second cooldown per charge. 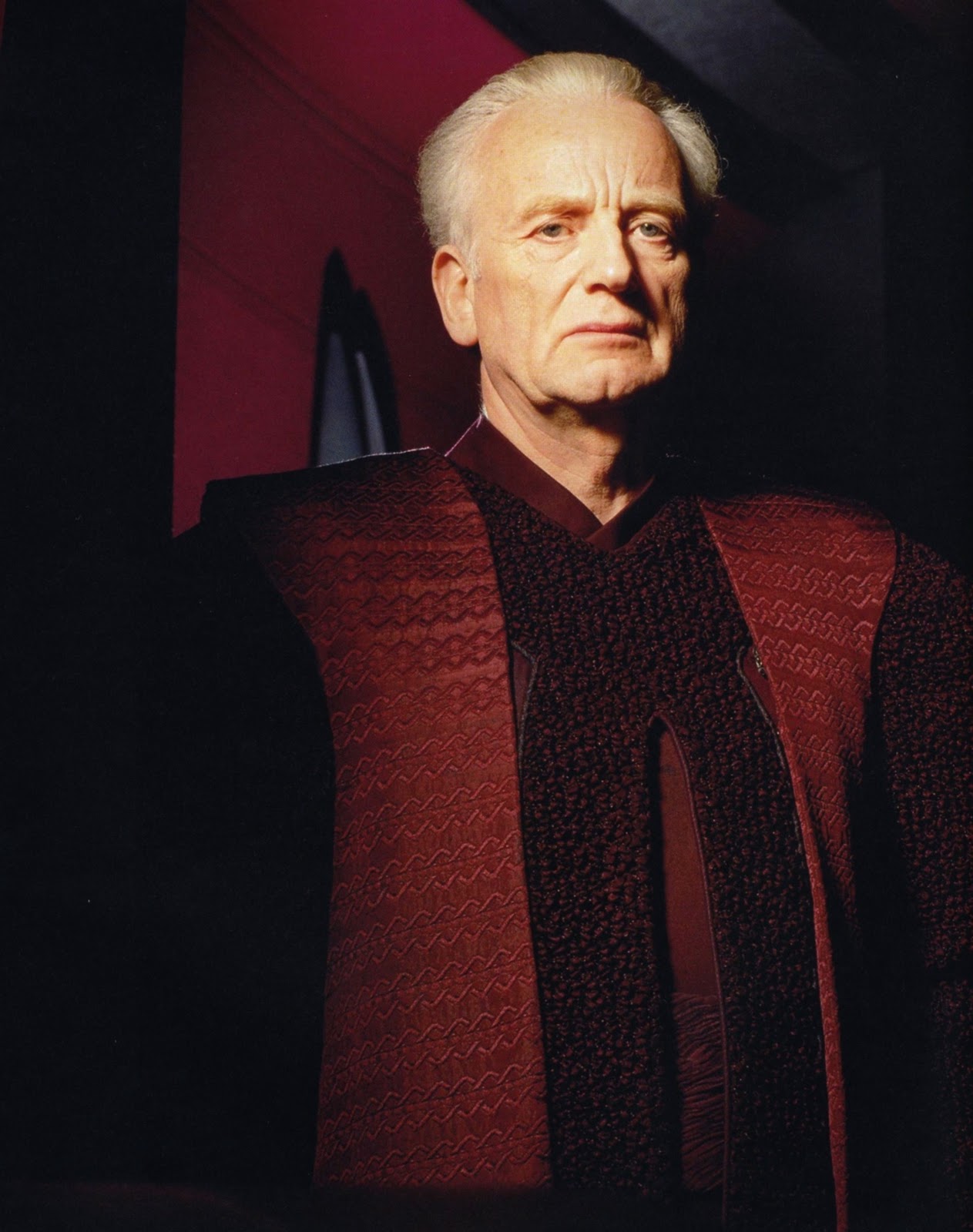 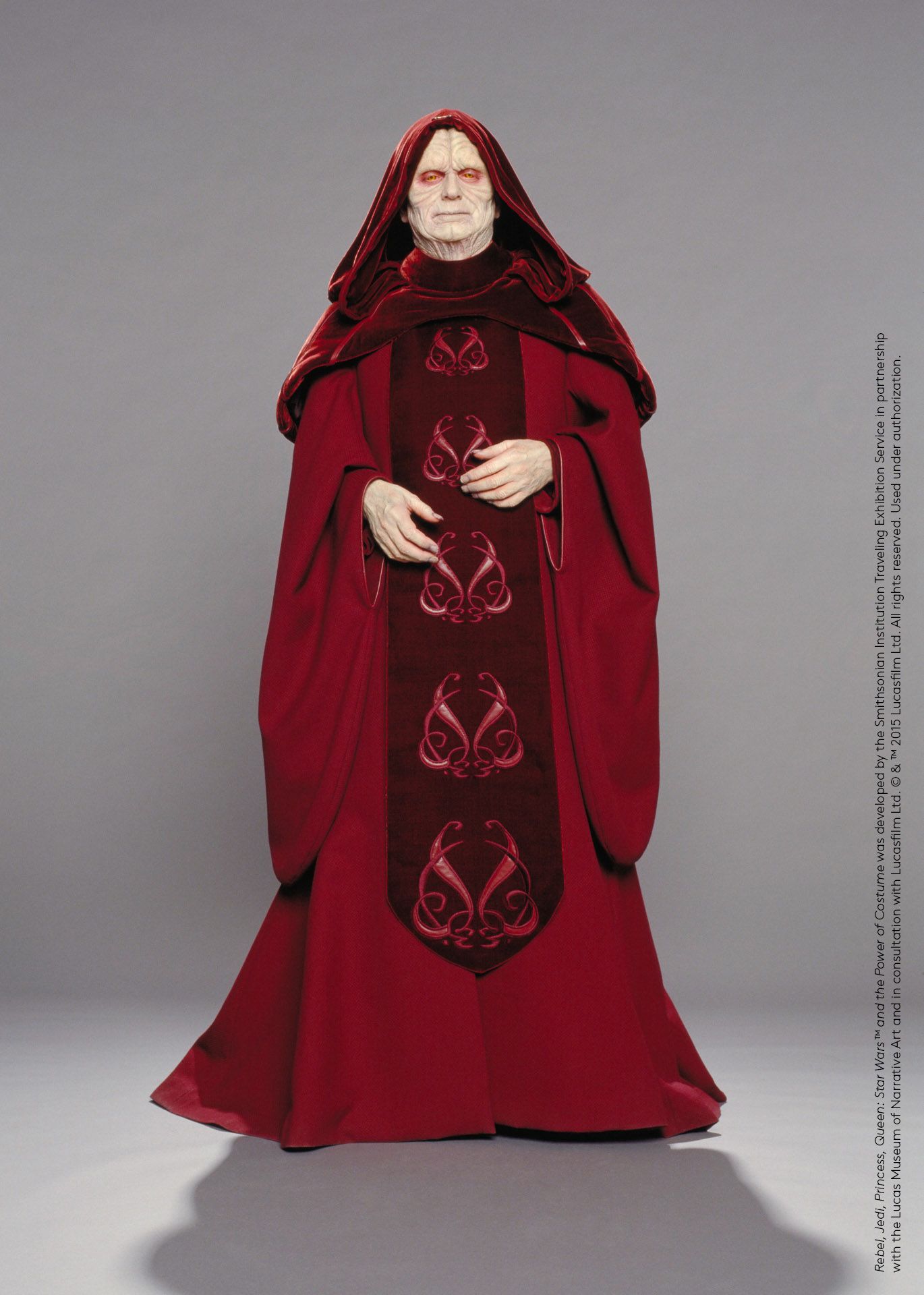 Emotes
“Do it!”
“Unlimited power!”
“It's treason then”
“Did you ever hear the tragedy of Darth Plagueis the Wise?”
My Hero/Villain Concepts
Mace Windu/Sidious | Padme/Jango | Sabine/Rukh | Chirrut/IG-88 | Ahsoka/Ventress | Enfys Nest/Qi'ra/Tobias Definitive Hero/Villain Skin Suggestion List
Post edited by ZephanUnbound on May 2019
5