Vambrace Repulsor- Sabine uses the Repulsor on her Mandalorian Gauntlet, which knocks back all enemies in a 90 degree 8m cone in front of her, dealing 60 initial damage plus an additional 20 damage if they impact a wall. She can also use the repulsor while flying and if she aims it straight down while over an enemy, it shoves them into the ground instead, dealing 120 damage and stunning them for 1 second while they are standing back up. 20 second cooldown

Darksaber- Sabine activates her darksaber and lunges forward, dealing 100 damage. Mechanically works the same as the Commando Droid's vibrosword, with 3 charges and lock-on. If all 3 charges are used at once, the 3rd strike deals 40 bonus damage. 2 second recharge rate per charge, 6 seconds to recharge all 3.

Vambrace Shield- Sabine activates the shield on her Mandalorian Gauntlet. The shield covers her upper body and has 150 health. It can block both blaster and lightsaber damage. While the shield is active, Sabine can only fire 1 of her 2 pistols, which halves her rate of fire. 18 second cooldown Emotes
-Don't read too much into it kid.
-Never get between a Mandalorian and a weapons package
-I invoke the code to seek justice through single combat
-My friends make the impossible, possible.

Note: Rukh can block melee attacks and lightsabers but not blasters. Rukh, being an assassin, does 40 extra damage with attacks from behind.

Ambush- Rukh activates his cloaking device, which activates a 12 second timer. The more still Rukh is while the cloak is active, the less noticeable it's faint shimmer is to enemies. The cloak uses 1.5x more active time while Ruhk is walking and 2x more active time while Rukh is running. Taking damage while the cloak is active takes 2 seconds off the timer and makes Rukh more noticeable for 1 second. Attacking while the cloak is active ends the cloak and does 180 damage to the front of an enemy and 220 damage to the back of an enemy. If Rukh is the target in HvV, using Ambush will remove the target icon from over his head, but the timer counts down twice as fast. 22 second cooldown.

Stalking Prey- Rukh puts his electrostaff on his back and runs on all fours for 12 seconds, allowing him to run 50% faster. Thanks to his strong sense of smell, he can see the outline of enemies within a 20m radius of him through walls while the ability is active. Attacking while the ability is active uses his fists, which deal 90 damage per attack with a short lunge. 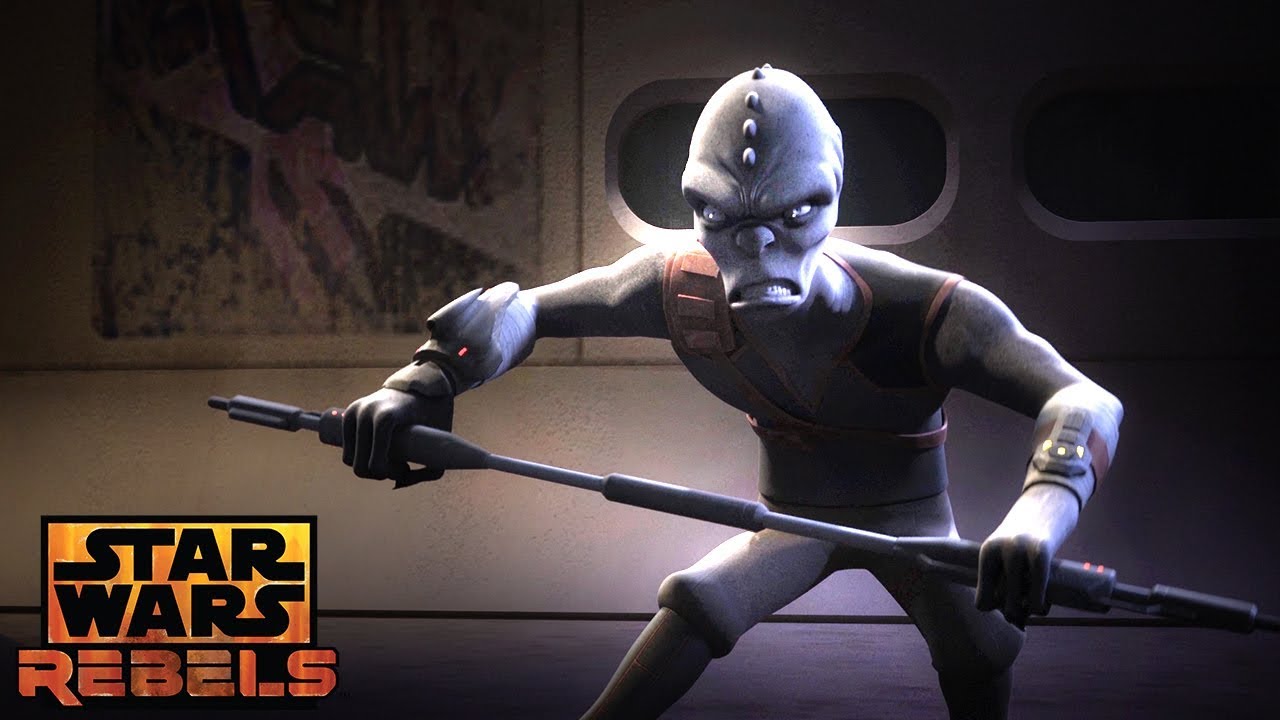