Vehicle Buster- Chirrut charges up his lightbow for 0.5 seconds and stores it for up to 5 seconds. This charged shot deals 120 normal damage to infantry/villains + 80 explosive damage, or 300 damage to vehicles. 14 second cooldown. No cooldown if charged shot isn't used before the timer runs out.

Staff- Chirrut puts away his lightbow and switches to his staff. 0.5 second activation time for switching between lightbow and staff.

Staff Master- Chirrut uses his enhanced hearing to locate all enemies within a 3m radius around him. He then leaps between them, doing 4 unblockable staff strikes that deal 70 damage each. The strikes are spread evenly between all enemies within the radius, but if there is only one enemy within the radius all strikes will hit them. Additionally, Chirrut has a 20% chance to avoid damage during Staff Master. 20 second cooldown

Emotes:
“I am one with the Force and the Force is with me.”
“I fear nothing, for all is as the Force wills it”
“I don't need luck, I have you”
“Look for the Force and you will always find me”

Notes: Fires green blasts. IG-88 has thermal vision while aiming down sight. Every 3rd shot that hits an enemy puts a slowing effect on the enemy. Each effect lasts 3 seconds, and you can stack a maximum of 3 effects on an enemy. Each stack slows an enemies movement speed and lightsaber attack speed by 7.5%. Every 3rd shot after 3 stacks resets the 3 second effect.


Abilities
Sonic Device- IG-88 emits a loud sonic blast in a 5 meter radius around him. The sound is loud enough that it does inner ear damage, disorienting enemies. All enemies within the radius take 50 damage and have their movement and turning speeds reduced by 30% for 3 seconds. 18 second cooldown

Vibroblades- 2 vibroblades pop out of IG-88's arms, which he can use in place of his gun. 0.5 second activation time for switching between blades and gun.

Needle Dart Gun- IG-88 pulls out his needle dart gun and uses his advanced sensors to target all enemies in a 120 degree 15m cone in front of him, shooting each of them with a poison dart. Each enemy is affected by a 3 second damage over time effect that deals 50 damage per second. 18 second cooldown 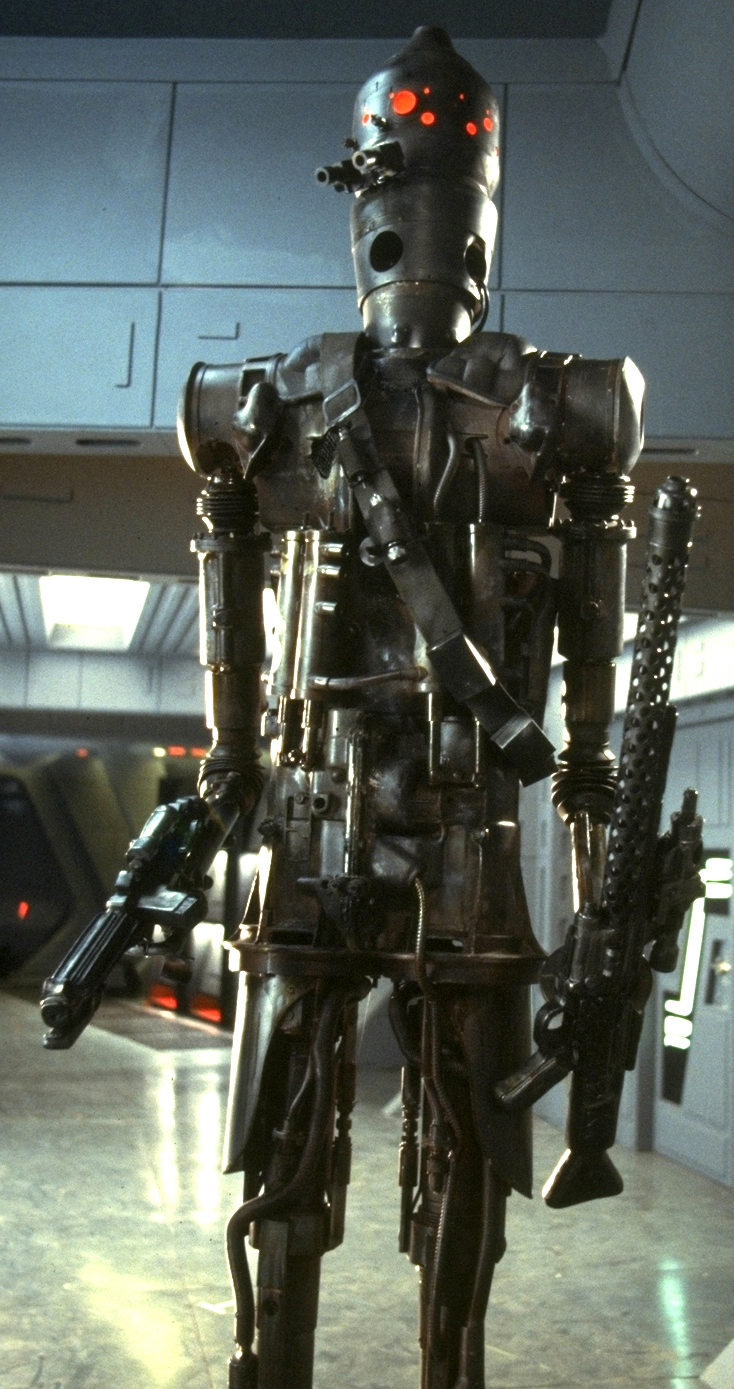 Emotes
-That should teach them a lesson.
-Execute kill protocol
-There is a 91.7% chance you will not survive this encounter.
-I will collect the bounty on your head
My Hero/Villain Concepts
Mace Windu/Sidious | Padme/Jango | Sabine/Rukh | Chirrut/IG-88 | Ahsoka/Ventress | Enfys Nest/Qi'ra/Tobias Definitive Hero/Villain Skin Suggestion List
1