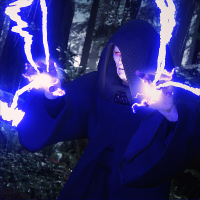 The stutter is caused by the shader compilation & shadercache generation which happens the first time you launch the game (and necessary to do it again after game/driver updates or shadercache reset) and every map.
The DX12 mode now creates it's own cache so that might be a good option for some people, but despite this advantage the DX12 mode is still less smooth and less stable, so overall provides worse experience.

When the cache is being generated the graphics driver will use all available CPU resources to do it as fast as possible, this is what's causing the stutter, because (on most PC-s) the game doesn't have enough CPU resources left to provide smooth gameplay AND also generate the cache files.
On some PC-s (usually with HDD and/or with slower CPUs) this can cause extreme stutters, and the game could even freeze for 1-2 seconds.

Here is a step-by-step tutorial and also a full video illustration: Fix for stuttering and 100% CPU usage at the beginning of the round in Star Wars Battlefront 2

Necessary tool: Something to monitor the CPU usage, I'll use my usual combo (MSI Afterburner+HWINFO+RTSS) for the best demonstration. The windows task manager will also do fine, just less convenient.

(I'm doing it with the Modmanager because I use some mods, but you can launch it the usual way with Origin.)

IMPORTANT: DO NOT DO ANYTHING after the game booted, stay in the main menu.

The initial cache doesn't contain every necessary assets, you still have to do a similar process for each map the first time you launch them. (I used an arcade battle scenario on the video.)

If you check the shadercache folder, the file size might increase again. Once all maps are generated it will be around 160 MB or more depending on your VGA and how many maps have you played.

I also tested the same process with an nVidia hardware as well, the cache needs to be manually removed:


or for older driver versions:

It was on a System with i5 4460+GTX970 and while it improved the performance, wasn't as good as with the AMD hardware, might be because of the slower CPU or the nVidia cache is less effective with this game.

I really hope a future game/driver update will fix this issue. Would make sense to generate the full cache like how it is done in DX12 to avoid in-game stutters.

UPDATE 2018.10: I had the chance to play the game on my GTX 970 again, it seems the nVidia shadercache is broken with this game: for some reason, the driver is not keeping the files after you relaunch the game. Which means you'll experience stuttering and 100% CPU usage almost every time you load the map.
I reported it to them, I suggest to do the same, more reports will ensure getting it fixed.
Post edited by Szaby on October 2018
8