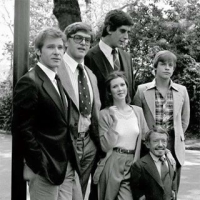 Kniphtee
991 posts Member
May 16, 2018 2:30PM
Seems the writing is on the wall - whether right or left - reddit or read it the point is that the game we love is on the ropes and the med squad is held up on doughnut duty with the hog fest - so...last uppercuts and cross-hooks...bail out
1. Conquest - community begging for sandbox conquest - revenue and long-term player-base - add a few commercials
2. Extraction - wildly popular without the XXX theme - easy cheesy - devs, etc. try to find the new and what will work - there's a middle ground tween what worked and what does not and then there's breaking the mold - amidst this you'll find what hits and what does not - some of this is demographic among sooo many other options - set up a vote system for what's next - leave it open and not restricted and see what we would love from you?
3. Cargo - nod to DASH - but i agree - fun big mode and bang it out DICE
4. Fix the specialist class - nod to GenX - been on your wagon since the first wheel went bunk and i played Emmet tossing my dome to save the accident - Lego up - on a bender tonight - this silly game has me ticked on the short-term run and soooo not happy if the devs are tossing it to the side with all it could be - potential and hope
5. Good, fun skins and other doodads like weapons, cards and so much more...easy revenue - i.e. - add in DC-17 (or whatever blaster) - unlock 'scope' - either get 'X' kills (or play the class and get 'x' points) or pay $X.00 dollars to unlock.
6. Big Ears has ton of holdings - free publicity between rounds - commercial time - synergy equals revenue - spent many years w/ a small company (50+/- employees) and we put our name/stamp/logo on everything - revenue grew while employee count did not which of course increased revenue and salaries. Think about this - while playing the game there's a commercial for Hasbro light sabers or EA's FIFA or whatever w/ a hyperlink - double revenue - poof.
7. Clone Wars - and not 'can i only put my tip in' type of Clone Wars - all in baby (and that could be the result - Geonosis should be a pre - ahem - load to the rest) - either you make games that gain profits or you make games that hope to make profits and then bail as soon as you see the iceberg ... DICE you are drawing a line in the 'Hothnian ice' regardless of EA oversight - been on board with BF and BF for years but will (Disney - Elsa, deliver it babe) 'Let It Go' and spend my time elsewhere...
Don't even feel ticked as much as disgusted the more i think about it - like when you bust your kid lying...hope, that's all we have that Dennis and Peter will stitch together a Frankenstein to beast the gaming world - they can and we know it. Players pay for what GOOOOD stuff not a band-aid on Chewie or bruised hero...can do sooo much better...how about giving Chewie a medal or the back pack w/ C3PO or how about playing as a droid or ... or ... or ... so much more available. Sad Cry.
Had to repost this - swear words were not received well by the moderator but think this needs to be out there for our fan base - so tidied up the language (giving props to several other good forum posters and took out the poop term).
2