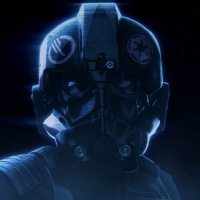 tommytom64
1091 posts Member
May 17, 2018 1:57AM
I don't mean to offend Strike players because I'm sure there are some who enjoy the current iteration of Strike, and I don't assume to know the statistics, but based anecdotally, it seems to be the least popular, or at least least loved, game mode to me. I've played it a few times; although I did immensely enjoy the beta despite the lack of balance, I find the current version to be pretty boring and underwhelming, especially compared to the other game modes.

On the other hand, the smaller game modes from the last Battlefront were very fun and well enjoyed and beloved by the community. Problem with introducing them all, as fun as that would be, is that it could cause there to be too many game modes in the game, which could potentially split the playerbase.

When you think about it, the Assault modes - that includes Strike - are kind of like playlists in that they have unique objectives for each map, even if they sort of share a similar theme. So I think Strike should function as this "playlist" and include what is/was functionally Drop Zone (King of the Hill), Cargo (Capture the Flag), Droid Run (mobile Domination), Extraction (payload), and perhaps Sabotage (which could just function as the current version if need be, although more objectives to detonate or a Rush-type system would be really fun).

Perhaps if people want to play some of these "modes" that would all collectively constitute Strike, they could do that in a possible future private match feature or in the Arcade mode. That way, it doesn't risk splitting the playerbase too much while still catering to those who just want to play one "version" of Strike (even if the maps are limited).

One of the issues with lots of the small maps being ported over from Battlefront into this game is that they just don't flow well in this game, but I think that adding back these small modes could help improve that flow. Now, there is the issue of some of the maps in this game not necessarily working well with some of those former small game modes, but I think it's still worth experimenting with.
1