No Good Reason To NOT Give Darth Maul A Block

Blocking is a STANDARD for lightsaber heroes
Even Grievous who isn’t force sensitive, should be able to deflect blaster fire normally but in an extremely limited capacity, since his cybernetics allow him to achieve feats far beyond that of any human
This is the first Star Wars game I’ve ever played or heard of where someone in the game with a lightsaber couldn’t block.
It makes no sense.
Every lightsaber hero should have base attributes that are standard and abilities and uniqueness should be implemented from there
Taking away a standard ability such as blocking should not even be considered as an option

The sad truth is
Maul is not unique
Everyone can do what Maul can do
When you press the block button with Maul, he dashes. Everyone can dash.
He has two buttons that do the same thing. Dash.

Luke’s dash used to suck really bad but they improved it noticeably not too long ago.
Now it’s decent. Still inferior to Maul and Yoda’s but not by so much

Yoda’s dash is a little bit slower than Maul’s but Yoda is small and can break blocks with it.
Therefore I’d say their dashes are about equal since Maul’s is faster and more fluid but doesn’t break block.
So Darth Maul’s dash isn’t really unique

His choke is a hybrid of Luke’s push and Vader’s choke.
And it’s less useful than both.
It does chip damage and is only really good for cheesy victories that have no honor

Now for his Saber throw
Honestly there’s only ever been two things wrong with his saber throw...

The first and most prominent thing that’s been around since launch is the fact that his saber couldn’t come in contact with anything or else it would deactivate, ending the throw prematurely.
The saber is supposed to go out and return every time

This made it virtually impossible to use it in hallways or semi-congested areas since it would deactivate upon contact with the tiniest thing, unlike Vader’s version
Thus it was mostly only good for short range kills...

The second thing is when the game was updated earlier this year and a new bug came along that made his throw extremely inconsistent
It would work sometimes but since the hit box for his throw is microscopic to begin with, it felt even worse with the bug to most people so many just assumed that it was completely broken.

One thing that Vader’s throw has always had over Maul’s until recently is that it wouldn’t deactivate upon contact with minor obstacles or surfaces
They just fixed that problem for Maul and now you can consistently chuck his lightsaber down hallways as you could Vader’s
But the hit box for Maul’s throw is and always has been microscopic
So getting kills with his throw at range can be difficult and takes skill, even with it currently working properly
(I know how to use his throw and have plenty of footage of me getting kills and hit confirms with it at range and up close. Feel free to inquire about it)
Now his throw works as intended.(They wanted the hit box for his throw to very tiny for some reason)

As we all know Vader also has a throw.
His is indisputably far better than Maul’s in every way. Even with Maul’s throw fixed

Not only is Mauls throw not unique
But it is also inferior.


And the crazy thing is
Darth Maul is supposed to be “all offense” in this game
But all of his moves and abilities are blockable.

All of his moves can be blocked

Rey runs just as fast as him and Luke runs even faster.

Darth Maul is not unique in this game.

And with all of this being said
All I’m asking is that the developers give him a weak block
It could be extremely weak, even weaker than Grievous’s
Just something would be nice.

If he were to get a weak block,
Vader and Sidious would still be far better than him hands down
Regardless.

So why deny someone so iconic a standard ability?
And can you please consider adding it? 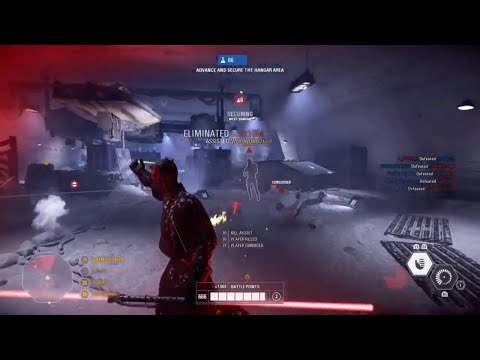