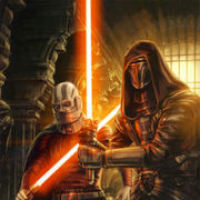 Smattonellus
895 posts Member
February 25, 2019 6:28AM edited October 2019
Balance is when everything is useful/viable compared to everything else, or at least counters do exist and are counterable on their own.

The right approach to this topic then is tweaking all heroes so to put them on the same level. And have each and everyone of them to play a role in (possibly) every mode.
Tweaks meaning: nerfs, buffs, reworks.

When balancing heroes though, some attention to troopers is needed, heroes can't be gods and become unkillable, so they should stay around the current power to avoid steamrolling the grunts.

I'm no game designer myself so reworks is not something I'd touch, but have some ideas for the rest.

Edit: everything here is out of date
Post edited by Smattonellus on October 2019
1