Palpatine Is Fair And Balanced As All Things Should Be 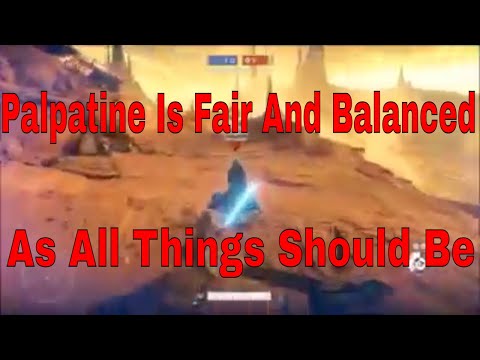 Really though, look at that video and tell me his evade distance needs to be reduced. No one with a straight face can say this isn't a problem. Not my footage, some footage borrowed to help share it around to show the frustration with Palpatine.