Would you want Padme Amidala and Jango Fett in Battlefront II as heroes? 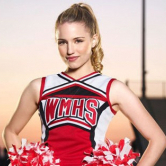 masontcarr
811 posts Member
March 31, 2019 6:27PM
I was thinking about this, and i was wondering, should Padme and Jango be new blaster heroes for the prequel trilogy. And that's why i'm asking the community if they would want Padme Amidala and Jango Fett in battlefront ii, and want they want for abilities, skins, emotes, etc. Would you want these two to be in Battlefront II?
21