A better way to add more new troopers without having them be part of a class necessarily. FIXED! 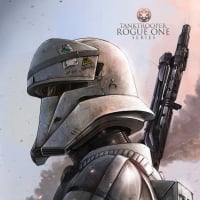 I saw your tweet on StarWarsHQ late video, the solution is simple and is what I keep making topics about it after each content updates.

We need a Deeper Trooper Customization Menu for all factions!

Basically, the trooper appearance isn't tided anymore to its class... or the elements making its appearance.
Only the class special abilities make the difference, meaning the blasters too are free for all class.

- It will make all cosmetics options available for each class (maybe aside some outfits like the non-armored/navy officers').

- Will provide a full set of complete outfits and garments/attachments to unlock through playing the game, completing challenges, etc...

YOU STILL HAVE TO BUY THE SKINS/OUTFITS WITH CREDITS OR CRYSTALS IN ORDER TO UNLOCK THEIR ELEMENTS IN THE CHARACTER CREATION MENU.

All factions start with their shinies for each class

And then you rank up your troopers per classes, at each step you have a set of outfit, textures/skins/patterns/emblems patches, and garments/attachments to unlock, the higher the rank the more special the outfits get.

or make an achievement tied to each reinforcement trooper classes (death trooper, Arc trooper, B-X commando droid...) to use their appearance for the default trooper class?

- Each outfit parts unlocked can be Mixed and matched (head, torso, legs) at will whatever the class, each set will be composed of 3 parts with garments/attachments and skin/textures slots.

Any grown-up Numa's from Rebels style for your rebel trooper? with some scavenge clone trooper /stormtrooper armor pieces here and there? You can do it, it is lore friendly and officially canonically doable because twilekks did it first! Ah!
Same for the resistance.

-Gender for each races/species available selection depending on the faction (Empire, Rebellion, Resistance, First Order). with or without a helmet) helmet attachments like goggles, microbinoculars, scarf, headset mic audio, etc...

-Voice style selection for all factions and genders (clones will have different "personality types" of voices).


OR get rid of the class system and build up your own loadout and own made appearances?? So you can play as the marksman death trooper? Heavy weapons clone commando? Guerilla rebel trooper? Anything you want, but still doable according to canon lore?

-Do you have a favorite custom outfit that you want to use on all classes of this faction?
You can! There is an "Apply to all classes" button at your disposal!

-I am dead scared we can't recognize each class on the battlefront, it will be game breaking!
Hum... no, it won't, the game provides HUD icons floating above each players showing their classes and names settings that can change in the hud options.

And if you dare to tell me "And what if I play with no HUD?! AH!"
Well, I tell you the weapons are locked per classes as for now so you can recognize them this way...

-I am dead scared of the rainbow faction... pink Darth Vader and so on...
Oooh, poor little thing... have you seen any of these in canon materials? No, so be reassured Dice's devs in charge of this will make sure everything is fitting right based on the canon lore.