I'm really going to miss the target system (not sarcasm!) 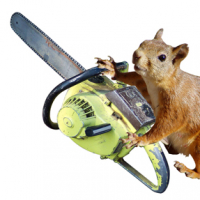 Where else will you get to have fights like this? 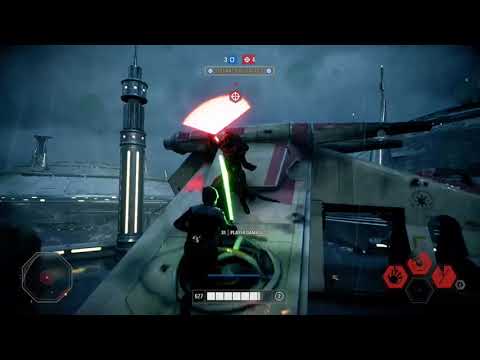 or have a motivation to strategically maneuver a specific opponent into the spot where you want them to be, just like Miyamoto Musashi teaches? 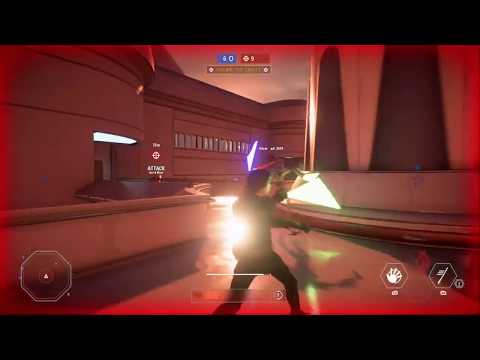 I think TDM is mostly just going to be "dive at whoever's closest and beat them silly", which just isn't strategic at all...or the one strategy, "camp the nearest choke point with Anakin/Phasmabossk"


Yes, HvV has problems, but they can be fixed. Timers, team respawns each target round, there are lots of different ideas floating around.

It's not like Ewok Hunt is super popular, and Hero Showdown is pretty much useless, since they can't fix the the autokick system not to kick your dead teammate, who's observing the match and very much there, for being idle. Also, I sincerely doubt you can split the playerbase with an additional 4v4 mode.

I seem to recall them promising on a roadmap or CT that they were at least going to do a weekend trial of TDM before making a decision. Not to mention all the folks who don't come to the forums and are chopping away in HvV, blissfully unaware that the mode is about to change. After all, people only show up to complain, not to announce how much they love playing HvV, because people just don't work that way.

I would implore DICE to at least have a poll IN GAME on one of the tiles (like when they link a tile to the forum for Release Notes), so that people who feel strongly about it can register on the forum and vote.

I'm not trying to deny anyone their Hero TDM, nor do I see any reason for them to want to deny us our HvV, if we can have both. If we can't, then the community as a whole should have a chance to speak, not just what could possibly be just a very vocal minority.

Gamertag: Billkwando PSN: Billkwando YouTube: Billkwando
Find me in HvV, pushing people off of stuff and watching them fall, like a cat.
Post edited by Billkwando on May 2019
30