How to decimate a phenomenal franchise in 190 days. 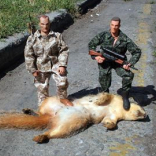 ID_8615
793 posts Member
August 3, 2019 12:02AM
For the TL:DR crowd, buh-bye.
I'm going to begin with a statistic that most may have never heard, seen, known.
What does that mean?
That means that very few BattlefrontII players (and I suspect this is across all platforms - PS4, PC, XBox) ever play long enough to become fully proficient in the base-4 classes.  Indeed, some may say, "all I care about is playing Assault and Enforcer .. " -- and that's fine.  Even if that is you, what I am about to describe still pertains to you.
For the past 18-20 months of updates---from Grievous on---we've seen a huge Development push towards ever-more-powerful Heroes and Enforcers.  EA/DICE have been on the POWER-binge.  Each major release seemed to ONE-UP the previous release.  Grievous trumped everyone before.  Kenobi trumped Grievous.  Dooku trumped Kenobi.  And then Anakin trumped them all, and for a good time thereafter.  In-between those, we had the Infiltrators, and of late - the Droidekas and TX-130s.  Who cares?
I do.  And so should a majority of the player base.  A vast majority of the player base.  It should be extremely disconcerting that a mere 1.5% of players ever reach Player Rank 50.  That number ought to be much closer to 25+% given all the Double and Triple XP events DICE have thrown at the players over the same time frame.
Frankly, EA/DICE have decimated their own Star Wars game franchise with this pursuit of POWER.  Making it ever more easier to off the little ones in a given episode - particularly in the GA and CS formats.  It should be of little wonder WHY EA/DICE even felt it necessary to augment the player base of CS with AI bots..!!   It only underscores and vastly understates the point that the general player base of BattlefrontII is NOT being catered to with these POWER releases of EA/DICE.
When you pursue a course targeting the uber elite of your player base, at the cost of your 98%, you are essentially trashing your own future.
GA/CS today is boring.  Boring because the play for the objectives of the game are inconsequential to nearly every player in the game.  Dismal Game Design is to blame.  Very, very few GA / CS games are now balanced---and, I won't even go in to the claim of EA/DICE's match-making algorithm being the culprit.  More than that, the whole game layout is slated heavily in favor of those who can attain the POWER players - Aerials, Infiltrators, TX-130s/Droidekas, and Heroes - first.  And who are those players?  Typically, they are the ones who best understand how to utilize those advantages given them.  Sure, you will have a few newbie hero players, but they tend to die within 30 seconds of grabbing a hero until they have some skill.  By-in-large, the same players time and time-again are the ones quickly gaining the requisite BP necessary to grab an Elite (Enforcer, Aerial, Infiltrator, Hero) and thereafter DOMINATE the landscape with the POWER afforded to them by the EA/DICE Development team.

In the end, you have a dismally boring game, lopsided and dominated by an elite few.  The casual gamer who came to BattlefrontII, looking for a relatively fair fight, where skill, teamwork, objective-based play matter, will be sorely sent packing back to the Respawn Screen repeatedly by the POWER-users---the Hero-worshippers of the player base.  And, a good portion of those casual gamers are sent packing to go play APEX or Fortnite or Call of Duty, et. al., because they simply cannot get a fair fight being a base-4 trooper in just about ANY game format BF II offers -- even in BLAST, as the Aerials just dominate that landscape over base-4 troopers.
What's more, ... getting back to the original statistic of 1.5% attaining Player Rank 50 ..., most gamers are not at a point in all classes where they have unlocked ALL weapons with ALL 3 options unlocked per weapon, let alone have purple status in all of the Star Cards for all classes.  Perhaps they may have in 1 or 2, but 3 or 4 is rare.  And to have adequate experience in all classes to be competent with all weaponry and skill sets is even rarer.  To unlock the most formidable weapons takes hours and hours and hours of play - the CR-2 w/ reduced recoil, the DC15 w/ Exploding shots, the SE-44C with rapid fire(!), the NT-242 w/ extra cooling - all of those typically require class-rank 50+ to even begin to have most of the advanced weaponry and Star Cards (level 20 for the base, basic Stinger Pistol for Specialists, e.g.) capable of standing up to the Elites of the game.
Don't get up on my account..!  -- how snarky.  How heroic, right?

But, this is just p__-poor Game Design and Game Development Roadmap on EA/DICE's part.  Why they continue to insist on having Elites mixed in with the Base-4 classes is beyond me.  Beyond comprehension.
I fully understand EA/DICE wanting to create a "Star-Wars-y" feel to the game.  But, if that's true, why are they only following that part-of-the-time?  E.g., they want to have heroes inter-mixed with the Base-4 troopers, but they permit cross-era heroes?!?!  Ever wonder why they don't permit cross-era Troopers?   Why can't I play my ROG-R skin'd Officer on CRAIT for the First Order?!?!  Correct---it'd be ugly.  Just like the cross-era heroes.  They stick out like sore thumbs---like the Han Solo Hoth skin on Tatooine.
Don't get up my account..!
How about the fact that on Geonosis, your given the story-line that your Clone Trooper squad NEEDS to call for help to get extra AT-TEs sent in from afar.  You cannot use LAATs ... ever ... yet, those and troopers are battling all AROUND you, on either-side of the GA Geonisis battlefront.  You see LAATs whizzing all around you, yet you can't even call up one?  Where'd all the TX-130's suddenly come from?  Were those just parked on the other side of the mountain such they could only be used Stage 2 on?  Ditto for the Droids---were their tanks just parked too far away they never thought it necessary to bring those with them to attack the Clones in Stage 1?
Don't get up on my account...!
If EA/DICE really want this franchise to succeed, several things need to happen... quickly.
If EA/DICE is serious about this franchise's success through the years, including that of Fallen Order, I hope-to-heck they take note of this post.  I'm sure we'll get a good chunk of Hero-worshipper responses being excessively VOCAL about how casual players just need to "git gud" and not die as much.  But, they are not concerned about the game's future as I and other Trooper players are.  The franchise is not in a good position if only 1.5% of players are reaching Player Rank 50+.
Don't get up on my account..!
29