This could be a nice addition to CS 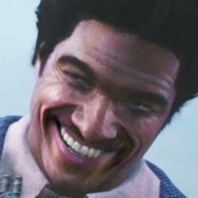 SQJACKIE
1253 posts Member
August 17, 2019 5:33AM
We all agree that the boarding phase is kinda boring once you board your ship and the deffenders always start camping on them. This could be a nice way to make this phase more dynamic.
The boarding pahse shouldn't be a cinematic, once you get into the ship, you should be able to shoot enemies that are on the ground so you can defend allies tryig to board it (that would stop the enemies that camp at the enemy ships), instead of hold □ or X or E, it should be just press it once. And replace the cinematic for an ANIMATION of the transport moving to the capital ship while players are in third person camera still. The enemies could do exactly the same but a little before so they can reposition at their ship to defend it (this can balance the great amount of tickets that the attackers have)
This could make the players decide between attacking the enemies or just board their own ships.
What do you think?
2
Reply to this topic
Sign In or Register to comment.