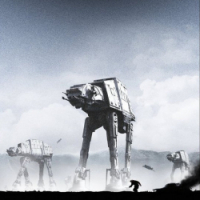 jmoyano92
50 posts Member
October 8, 2019 8:21AM edited October 2019
I bought two copies of the game for me and my brother but we can't play it because you must waste literally HOURS if you're lucky to start a match. You must wait for other players to join (20 - 16 - 12 - 4 players, depending on the game mode) the problem here is that majority of players don't have patience at all to wait for other people. They just want to join the server and play. This is logical, nobody likes to wait...

So the big problem here is that people join but they leave soon, others join and again they leave after a couple of minutes. This happens continuously, you have a lot of people constantly joining but the server never starts because you need like 20 players simultaneously to start a single match. These waits are exhaustive and, as I say, it takes hours to start a single game!

The perfect solution is lower the number of people needed to start a game. Star Wars: Battlefront is almost dead only because of this HUGE problem! IT URGENTLY NEEDS A LITTLE UPDATE TO FIX THIS!

Here is the perfect solution to resurrect the game, just change these numbers:

In this way, other people will join and remain on the server because they can now play!

So PLEASE lower the number of players needed to start a match! We paid for a game that we cannot play!


*This is not just my opinion! is the opinion of everyone who currently plays the game!