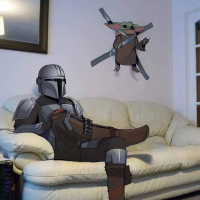 THESUPAMAXPLAYER
854 posts Member
November 12, 2019 6:17PM
No seriously nerf it. Blocking is wayyyyyyy to strong & dashing behind someone only helps so much. Players with high sensitivity can instantly turn around & block or smart players will just dash forward now you're back at square 1. All lightsaber & blasters users need some other way to get around annoying block spam
1