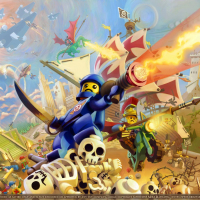 Cracjaw450
81 posts Member
November 18, 2019 2:53PM
Asajj Ventress is an amazing villain from the Clone Wars, her self-praising attitude and Courage are two of her defining traits. Her two best known ones are her lightsabers. I think Ventress would be a great addition to the Battlefront along with my Ahsoka Tano concept here: https://battlefront-forums.ea.com/discussion/149488/ahsoka-tano-hero-concept#latest
I would love to see Ventress in the game as she would be an awesome sight to see among the sand of Geonosis, or even the halls of Kamino. Overall she would be great and I think other people want her in the game. Here are my ideas for her: 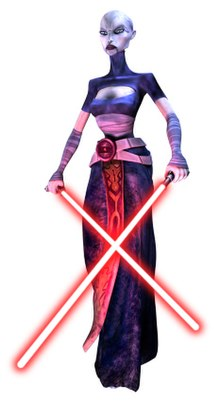 Her abilities would be:

(LEFT): Evade - Asajj performs a leap and can easily get away from an enemy quickly, this is different from dodging and if you use the thumbstick correctly you can leap over an opponent's head and land behind them. 2 uses
8 second recharge

(MAIN): Taunting - Asajj taunts an enemy hero, that enemy has 2% stamina usage increase and cannot use their abilities for 5 seconds.
1 minute and 15 second recharge

Her various star cards would be: (I don't have any names for these)


Her different skins would be:
Rare: 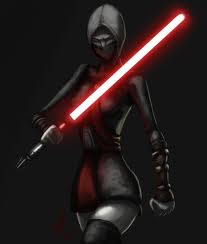 If Asajj were to be added to the game I am sure DICE would want to change some of the stuff I have said here in my concept idea. Please comment your ideas and questions and thoughts and stuff below.
Yeah, you know who I am...
7