I miss Star Wars Battlefront (2015) for some reason 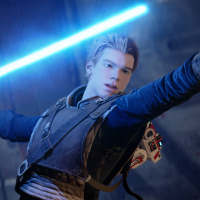