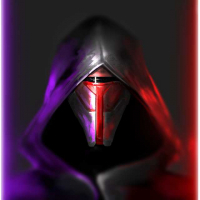 Revan72
944 posts Member
November 27, 2019 5:56AM
Just wanted to start a thread on FO and discuss the game. Get others thoughts and opinions on the game and sort of review it. What you liked about it? What you hated about it? And would you like to see a sequel to it?

For me personally I really liked the game. The story was good, and I thought Cal was a pretty cool character. I think they captured some of the potential struggles for Order 66 survivors pretty well. And I sympathized with most of the characters like Trilla, Merrin, Cere and Cal of course.

What I liked:
Combat - I liked that the combat was pretty challenging, or at least I found that it was.
Lightsaber Design - I thought it was cool that you could design the lightsaber, even the material it was made from. And the variety of blade colours.
Story - Like I said already, I thought the story was good, for the most part.
Characters -The characters were pretty good, although I did feel that Greez was a bit bland.
Darth Vader showing up - Awesome.

What I hated:
Lack of Outfits - The fact that all you could really wear was ponchos, and most of them were ugly was annoyingly disappointing. You did have the option to just wear your jacket without the poncho, but even that wasn't that great. It would have been cool to have some better looking outfits, like some actual Jedi robes.
Oggdo Bogdo - Nuff Said 🤣🤣🤣
No Red Lightsaber - I know that this is meant to be a Jedi centered story, but it still would have been cool.
Tedious Exploring - I know there are shortcuts, but it would have been cool to have some kind of fast travel option.
Story Length - I didn't necessarily hate the story length, but I felt it could have been a bit longer.

For me, I would love to see a sequel to this game. And by the way it ended, I gather there will be. Not sure where they'll go from here, but I imagine Cal and the Crew will be pursued by the Empire. And this is just me, but I would like to see a romance between Cal and Merrin. But, that's just my opinion.

What do you guys think of Fallen Order?


"Revan was power. It was like staring into the heart of the Force. Even then, you could see the Jedi he would slay etched on his soul." - Kreia

"Savior, conqueror, hero, villain. You are all things, Revan… and yet you are nothing. In the end, you belong to neither the light nor the darkness. You will forever stand alone." - Darth Malak