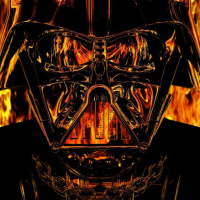 Coldest_Teal
54 posts Member
November 27, 2019 2:03PM
What makes a hero isn’t their dps, health, stamina, but rather, their versatility with their UNIQUE play style. This is essential to making a character good as well as fun to play as. That being why the best villains to date being Grievous, Vader, Palpatine, Maul, Bossk. The factor they all have in common is their ability to use their abilities as well as especially string off them.

Grievous
Thrust can be utilised as an intimidation factor, pursuit tech and a punish for fairly pesky enemies. Although somewhat controversial this ability does indeed play its part in making grievous terrifying. Also resistance during animation. Good ability
Claw Rush is by far the best charge in the game. Perfect for escapes (90% reduction star card compared to the average 40% that every light side character has, Stringed punishment and pursuit tech. As well as an Additional resistance to force powers. Perfect Ability.
Relentless Assault is not only a defence matrix but an intimidation tech and punishing tool that eats stamina away and eats high consistent damage. Contrasted to slow movement, he is buffed with resistance in this animation as well. Perfect ability.

All of his abilities have a resistance duration that make him unpunished and a force only a detonate charge can mitigate. Granted his stamina blocking blasters is awful but it fairly diminishes his OP nature at the moment as a successful hero. Fun and powerful a perfect hero well done dice.

Vader is the perfect tank with a game ending choke

Bossk the perfect point taker With grenade spam that is off the chats.

Maul the simple yet perfect striker.

This is when the light side comes in. Whilst the dark the side is at a constant one man army the light must take the dark as a team which is unfortunate as this is evident in heroes like Leia that have no versatility at all.

Leia
E-11 barrage is okay at eliminating enemies and villains alike. The bolts can be deflected though killing her instantly half the time as well as the spread and dps not being rewarding as a middle ability. Okay Ability
Flash grenade is barely anything compared to that of the officers flashbang the not only damages an area but blinds all the same. Bad Ability
ENHANCED Squad shield. Why? The shield more often than not disables her in most situations. How is it enhanced? It would be better if leia could fire from within the shield (non secondary fire and explosive weaponry). This would counter Phasmas play style and leave room for a balanced rivalry. Even if those in the shield gain extra health. The fact that it just serves as a small room in the middle of nowhere makes it unbearable. Trash Ability

Just one example, but the light side need buffs so as to make gameplay fun for everyone.

My opinion not complete facts but definitely somewhat of an issue. I love this game and look forward to replies.
2