Supremacy is being ruined 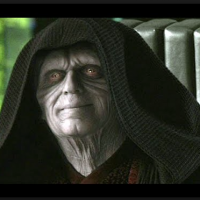 The mode is now too linear.

Its like these guys don’t pay attention to detail, they give too much time, weakening the objective

2ndly if they had actually watched the games you see most players hammering their head up the middle again, again, and again instead of flanking or finding alternate routes to the objective.

Then to compound it, they weaken the objective points, if they watched the games they would see that players don’t pay attention to detail, hence instead shooting the specific spot, most of the players shots were wasted hitting the whole reactor, but as players caught on they became more efficient making reducing the points of the objective redundant.

All this has done is make it improabable for any comebacks like there could be in the old days where players could make adjustments, and others learn from mistakes, or that right player finally gets the Hero and understands how to use him like a force on the battlefront

I suggested solving the problem creatively if the issue was time, if it goes to a land phase a 3rd time unleash all Heros, maybe restrict the capture post from 5 to 3, those things would be interesting instead of just nerfing the mode.
1
Reply to this topic
Sign In or Register to comment.