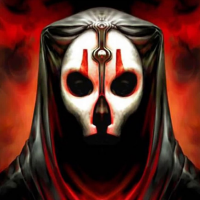 sCr0llx
251 posts Member
December 3, 2019 6:54PM
I think it would be fun to play with Jawas or Tusken Raiders, so I wanted to give an idea for the game mode cargo

The Jawas must escort their cargement (scrap) is driving by a cargo droid (like the mandalorian) until they reach the Sand Crawler, but they were discovered by the tusken raiders (Tusken can damage the cargo droid)

1 - throw scrap: throw a scrap that stuns an enemy upon impact
2 - repair tool: they can use their tool to repair the cargo droid
3- jawa blade: Equip your machete and use your melee attack

1- jump attack: he jumps and when he falls he hits an enemy with his Gaderffii
2- scream tusken: gain movement speed
3- Tusken Cycler rifle: you can shoot with your cycle rifle