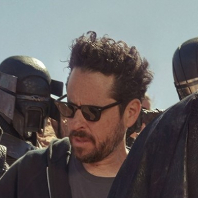 TaydarRoe
20 posts Member
January 5, 2020 3:12PM
ive played this game since launch so those are my credentials.

To spam swing or not to spam swing that is the question. Honestly this is only good in a 1v2 scenario there is very little in this game that can save a person from 2 other lightsaber heroes that are spam swinging. the only deciding factor is skill and a fast team

But my advice is for 1v1 scenarios, so something a lot of people don't know about this game is that you can Parry with the light saber, it might be a bug but you get some I (invincibility) frames when you do some actions out of block. meaning if youre blocking and swing your saber youll have a few I frames to protect you. so the way this works in a saber fight is that you want to attack after your opponent is finishing a saber wing that you have blocked. that way during your opponents next attack it will look like youre attacking each other but your opponent will be the only one receiving damage. this also works with force powers.

lets say you block a Repulse from luke, you can attack as the force power hits you to cancel out the knock back effect so you can land hit on luke before he recovers. this also works with Anakin and any other force user. except palps

So every once and a while youll have to fight one of these guys, and when they see you they'll most likely start spamming abilities or wait for you to get close so they can start rolling and dodging. So the best thing to do is to JUMP in as you approach (not if youre vader or papls, they fall slow and make easy targets) youll dodge most abilities they throw at you and the weird angle messes up their shooting. then when you are sure that they've used most of their abilities you wanna get in close and block in their face. they will probably shoot at you as they dodge. you want them to get to the point there they always only have 1 dodge to save them. that way when they use that one dodge they have to wait longer to recharge then they would if the only used their first dodge. that's when you attack, you wait for them to exhaust their dodges and attack in the periods in which they cant. if youre fighting chewy bring a friend or catch him off guard, this tactic wont work on him.

So it looks cool but what you should really be using this for is countering. a lot of people don't know that you can dodge through other players , this is especially useful in a lightsaber fight. specifically after you have parried or blocked an attack. after you have done either of these you can dodge through your opponent and if your look sensitivity is high enough strike them in the back as they are still spam swinging. this counter tactic is most effective with Rey in combination with her Force Confuse and with Dooku where you can kill in four counters maybe less. and these 2 character have and can have 3 dodges

These attacks can hit opponents in the air, but they also block force powers and blaster fire and saber swings. making jump attacks a good approach tool and a retreat tool. Say theres a bunch of enemies on an objective and youre Dooku or even maul. you can jump in attacking anyone who is firing on you will be blocked and then when you hit the ground you can use jump attacks to kill the troopers, if theyre firing at you and are in front of you its better to hit them with an opening jump attack so you can block those first few bolts. same with retreating, say you need to run but you don't wanna get shot in the back. walk backwards and do jump attack backwards to gain distance as you protect yourself.

you can fight saber duels this way. a quick jump attack to someone who is saber spamming you is like an auto parry but you will get hit as soon as you land, depends if you can get your block up fast enough

a lot of force powers combo really well across heroes, so if you see people being chocked or being pushed into a wall or pull pay attention maybe you can max out the damage with your force power.

but what you should really be doing is using them in duels the right way. so a patch ago they changed the game so you can use force powers on someone who is blocking but only from the rear. so if you manage to get behind someone by dodging through them consider what powers you have you might be able to max out your counter damage

Rey can fully dodge Kylos Fenzy ability with the Balanced star card. also to block it with anyone else you want to block the first hit and dodge twice in opposite directions but keep your camera on kylo so youre ready to block. if you block the full Frenzy chances are it will glitch out your block and will open you up.

To counter Palps you pick up a blaster any blaster will do, best one is chewy

If you know your opponent likes to jump throw out a jump attack you might hit him, specially if theyre vader or palps which fall slow

save your force powers. to many new players just throw out a force push or pull when they see the enemy blocking

spam Swinging is only good against Grievous,if your Dooku ,or in ganks.
0
Reply to this topic
Sign In or Register to comment.