Does anyone else play CO-OP with Teammates that don't play the objective at all? 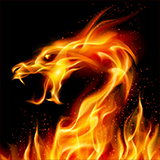 ADUBIS
1 posts Member
January 6, 2020 6:19AM
Everytime i play i get a squad where i'm the only player capturing the objective while my teammates won't even try to stay in the capture box so they can spawn kill the AI. A few times i've actually stood next to the box with over a min on the clock and ran the time out while the others are spawn killing. Its sad to say most don't ever come back to capture the box.
They need to change points system that capture time multiplies with kills so when you play with greedy teammates they do'nt get the most points.
5