May just be a temporary problem 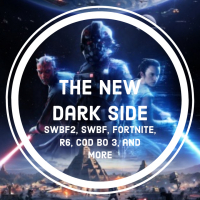 The_New_Dark_Side_05
38 posts Member
January 6, 2020 7:08AM
So, I got the game on PC today (previously played on PS4) and jumped into the given Arcade option to play while the rest of the game was downloading. When I spawned in, I could not turn right. It’s like their was something stopping me from turning right. So I did a 360 turn to the left and it worked. I could turn right again. But 25 seconds later, the process repeated. Over and over. I’m pretty sure it’s just a Arcade problem but I’d just like conformation from someone that this doesn’t happen to anyone else (and my mouse is perfectly fine, it works in all other games). And response back would be appreciated 👍
0