Not much motivation to go for objectives and stick with squadmates 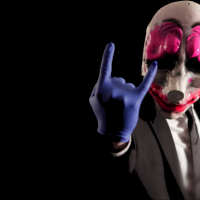 JrFett
64 posts Member
January 10, 2020 5:49AM
Just finished a few rounds of Galactic Assault.
Specifically, as Droids on Geonosis. During the whole second and third phase, I went Heavy, and used my Ion Torpedo and Torpedo Launcher to try take down the Walkers.
Maybe it's just me, but if you're shooting the AT-TE's from a long distance, but my hit marker was lighting up like crazy, apparently the hits were registering, but my score wasn't going up. For 2 entire phases, I ended up 14th on our team.
After seeing that score, and the amount of Walkers in the last 2 phases, up to 4 at a time, with their HP they have, Clones are almost guaranteed a win, as long as they're pushing the obj.
Speaking of GA, wonder what everyone thinks of not being painted with a nice big fat target marker on the one who picks up the rocket launcher to make the walker's vulnerable?
On that note, I haven't really seen any Walkers go down since I've played (pre-ordered for release.) It feels like the only time the defense has a chance to win is during the last few phases, when majority of the map is all choke points.
After all this, it really doesn't motivate you to hit the target for score, but rather focus on kills, as that's where you get the most points.
What are your thoughts?
0