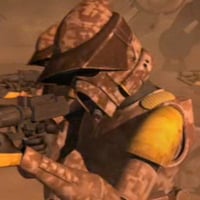 Turtleagent21
49 posts Member
January 11, 2020 11:53PM
There should be a new mode on battlefront where you can control capital ships similar to how you can control ships in world of warships and dreadnought. It would be an amazing game mode which would be a large scale version of starfighter assault. Capital ships could have abilities like launching squadrons of fighters or bombers or interceptors, along with launching proton torpedoes and heavy lazers. There could also be multiple types of ships like assault ships, corvettes and capital ships.

Another good game mode could just be a complete boarding mode where a group of soldiers are just making their way through a capital ship, headed to the bridge. it would basically be similar galactic assault entirely on a capital ship. They could board either by crashing into the ship or by docking with another capital ship
0