Haven't played in a while... 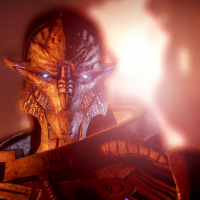 Col_Bullet
34 posts Member
January 13, 2020 12:26AM
...but just jumped in again and thus wanted to give a quick heads up.
First and foremost, although I hadn't been active for some time, I did hear about content being added, namely a map(s?), the Republic Commando (hope this time the DC-17 is worth something), the adding of a special FO Jet trooper, aswell as a number of skins.
What impressed me the most upon starting it up again were the little tweaks that had been made to the UI, as that is an often underestimated part of the experience. Notably Appearance being ist own thematic list for all variations concerning the different Units. Centralizing Access to the Tab just made it so much more eaasier to navigate, while also giving room for oversight. By the way, like seeing appearance Options for non-troopers. Now how About something for my TIE...
It appears like the loading screens were touched up, too, not sure on that.
In General there seems to be quite a bit of new Content, even though I'm pprobabely omitting a few Things Right now. Happy to see you're still supporting this, even if it's not been big Things, it still Shows.
What dissapointed me though was the lack of Basic Gameplay changes in regards to expanded/ updated weapons and especially the star Cards. It has been discussed time and time again that our choice is severely limited in both categories and heavily lacks Variety. Too few weapons make the gunplay a bit dull, while too many star Cards are outclassed by others, are bugged or frankly useless (from a competitive perspective, not a technical one). I had hoped to see at least a few at a time be changed to something you'd want to choose, yet not even a major rebalance (which can only be a temporary "fix", so don't bother, do it Right instead) seems to have happened. Yet I see that as one of the biggest flaws that Keep me from enjoying the game, the reasons are as stated. The classes Need Change and badly.
All in all I'm happy to see developement continuing at a bit of a faster pace and especially those small QoL tweaks, they are Always welcome. Thus I thank the Devs for their continueing support and I hope there is more to come.
2
Reply to this topic
Sign In or Register to comment.