Any chance of evening out enemy force numbers in coop? Its a bit much. 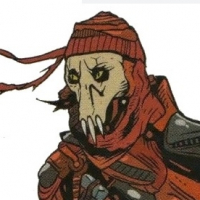 LittleCiddles
45 posts Member
January 13, 2020 3:53AM edited January 18
I just recently started playing Battlefront 2 and really enjoy the game. While I haven't been having issues with the difficulty, I just think it might be nice to able to make sure the teams are even (if they're not already even) when doing coop vs AI. I understand the amount of bots are supposed to give a sense of grand scale as well as create some difficulty due to the sheer numbers, but it feels almost a bit too spammy, at least for me.

For instance, I was just playing a round of coop as Galactic Republic on Kashyyyk and 3 members of my squad went to point A while I went to point B, and it seemed as if the entire droid army went to B. I wish I took a screenshot of it, but the point is littered with bots, making it pretty much impossible for me to push them away. Yet none of the bots of mine side where anywhere to be found.

So I don't know, either the bot behavior is kind of weird/wonky or something is amiss. What I have noticed though is that the bot AI seems to pick one point and flood it with the majority of its forces, while the stragglers go for other points. Seems like lazy AI implementation at first glance, or maybe the AI is so amazingly programmed that its actually utilizing an effective strategy.

But yeah, any chance of being able to lower the bot count or are there any plans to make changes to the coop mode for 2020 that anyone knows about?
Post edited by LittleCiddles on January 18
0