How to take out AT-STs (and other tanks alike)

AccurateThings
907 posts Member
January 14, 2020 12:02AM
Many posts here have been talking about how to take down AT-STs, more specifically the imperial one as there isn’t a proper counter to down like the ovissian gunner.

Here is the following on how to take down vehicles:

Things that you shouldn’t do:

1. Using heroes. Heroes are meant for anti infantry purposes. Going after vehicles as a hero is suicide.

2. Standard grenades. Explosive grenades are meant for anti infantry, throwing impact grenades or thermal detonators will not be useful.

All ground vehicles have a weak spot, either it is the driver, underbelly or the back hatch. Make sure to focus fire on the weak point.

3. Use strong blasters to take out vehicles. Use blasters like EL-16s, A280s and S-5s to deal damage to AT-STs when all abilities are in recharge.

4. Use explosives weaponry. Don’t use grenades, but rather use explosive shots and rocket launchers to deal high damage.

5. Disrupter shot. The description of the NT-242 specifically states that the rifle can be configured to take down vehicles. Using the disrupter shots, you can take down almost a third of the vehicle’s health.

And these are the most effective ways to take down tanks and AT-STs. This will give you an idea on what to use when going anti vehicle. 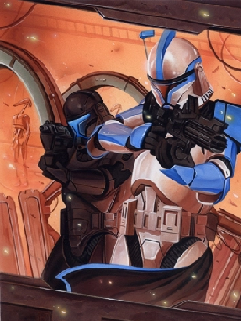