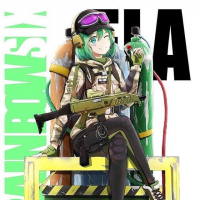 AStormyTrooper
191 posts Member
January 14, 2020 5:55AM
This will probably be the last time I bring this up. A few years ago, I made a post detailing how new weapons could be used in addition to providing a thread where people could post what weapons they wanted to see in this game. The situation is dire now. I desperately want to use something different. I love the A280, but I want to use something different every now and then. This problem could be fixed instantly if the default weapons like the E-11 and DH-17 were given different stats from each other and fitting attachments for each one. Honestly, it's a disservice to these iconic weapons that they feel and function the same. The E-11 was my favorite weapon back in BF 2015 and now it's nothing more than a copy of 5 other weapons. I can list different stats and attachments for default guns that would fix this problem.

E-11: Full-auto blaster rifle designed to hit hard and reward accuracy. Make every shot count.
Attachments
1. Unfolding Stock: Decreases recoil
2. Extended Power Pack: Increases the number of shots you can fire at the cost of a longer time for cooling flushes.
3. Variable Zoom: (Why not take some notes from the real world?) Changes the standard scope to an EoTech-G33 kind of looking scope that can switch between 2X and 4X magnification.

DH-17: A reliable pistol that sacrifices firepower for RPM.
Attachments
1. Full Auto Conversion: Converts the pistol to be full-auto and increases the rate of fire. (Basically turns it to the version seen in BF 2015.)
2. Extended Barrel: Increase the effective range.
3. Bolt Enhancer: Increases the damage the DH-17 does, but the gun overheats sooner.

DLT-19: While inaccurate, few other blasters can effectively lock down an objective like this one. Damage is swapped out for RPM and stability.
Attachments
1. Long-Ranged Scope (DLT-19D conversion): Converts the DLT-19 into a DLT-19D. Full-auto with sniper magnification.
2. Enhanced Power Pack: Increases damage and rate of fire, but worsens stability and overheat resistance.
3. Bipod Extension: Unfolds the bipod. Decreases recoil when crouched.

And these are just a few examples in one era. I also don't want to hear the excuse that allowing customizable and different default guns isn't realistic because of certain eras. I'm pretty sure Clones and Battle Droids didn't run around using A280s, FWMB-10Ks, and EE-4s.

I'm am begging you at this point, DICE...please. Give us some new toys to play with. I'm sick of using the same gun over, and over, and over again. Why restrict the EE-4 to one ability on one class? What happened to the Relby V-10? Where's the A180 and DT-29? Has the SE-44C been completely removed? The T-21 and T-21B were popular weapons, what happened to those? Why is the RT-97C restricted to Rebel heavies only? What happened to the E-11's iconic status as a powerful blaster rifle capable of filling most roles in the Battlefront? And why has our precious A280C...been ruined to the point where it feels strange and wrong to use? They mixed up the design of the A280 and A280C. As someone who used the A280C for a long time in BF 2015 before Bespin came out, this is extremely annoying. The design of the A280C is supposed to be the design of the A280 and vice versa. Not to mention some of the newer weapons like the F-11. Why does that feel so similar to everything else? Why is the DLT-19 restricted to one era? What happened to its legendary status in BF 2015? (Yes, I know the Beta version of that gun was broken but my point still stands.) I'm sure I've made my point now. Please DICE...just give us something, anything different. I'm tired of using, listening, and seeing, and being killed by the same rifles, pistols, LMGs, and Snipers...Anything will suffice at this point. I just want to use something different.

I know this post is incredibly long but this is an issue that hasn't been solved for 3 years now. The community has wanted different guns for how long now? Something needs to be changed. Come on DICE. I know you guys can pull through. I'll even accept an official response from a dev explaining why we haven't seen any new weapons. I just want a response period. 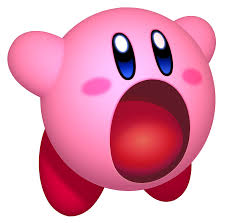 I keep changing this for whatever reason but ehh...It can stay like this I suppose.
3