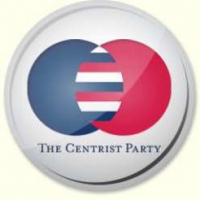 TheYoungCentrist
14 posts Member
January 17, 2020 4:22AM
Capital Supremacy a large scale nonlinear sandbox mode that aims to be a conquest style mode that let's you to play the game however you want. Where you can enjoy the all out warfare inside the Star Wars universe any way you want; if it is playing as a trooper, a reinforcement, a vehicle and even playing as one of the most iconic characters of the Star Wars universe like General Grievous to live out the epic Star Wars battle fantasies any way you want. Any way you want! I wish that's what the mode was; but it's really not because it feels very linear to the point where it can get very tedious; when you go back and forth from ship to ground over and over again that can get very boring to the point that you just want it too end. But Capital Supremacy does have some good like spawning on command posts and even capturing CP that we all like myself adore about the original battlefront games. But I have some ideas to completely revising CS that will make it a true large scale sandbox mode to let you live out your Star Wars battles anyway you want. If it is changing how the mode works, how to win, and even adding starfighters to the mode also.

But changing how the mode works also means changing how to win a game of Capital Supremacy. My idea is to have two ways to win. One of those ways is for one team reaching 1000 reinforcement points to win (by capturing command posts, killing enemy troopers, vehicles, starfighters, heroes & enemy AI) or also destroying the capital ship to win. But in order to trigger the invasion phase there must be a complete shutout on the ground by your team holding all command posts on the surface. And once your factions holds all CP you will than hear an audio queue from your commander saying "The enemy capital ship shields have been temporarily disabled. We're dispatching a transport ship to board the enemies ship; protect that ship and make sure it gets to its destination." This is where you must protect your ai controlled transport ship and think of fighter squadron from battlefront 2015; where you had to escort your ship but this time your defending it to make sure it boards the enemy capital ship.

This is where adding starfighters to the mode can work because the players who already spent there battle points to hop into a fighter, interceptor or bomber will have to escort the ai transport in order for it to land in the enemy hangar. But the players on the ground can also help out by taking control of defensive AA turrets that are scattered all around the battlefield and they can use it to protect the transport ship or to also destroy it. But if your not that player, you can still capture command posts and keep killing troopers, reinforcements, heroes, vehicles and starfighters or AI to keep gaining points for your team to win the game. If your team does manage to successfully escort your transport ship to the main hangar, it will than serve as a command post inside the enemy hangar for your teammates to board the enemy ship and destroy its reactor core to win the battle. But once again, it's now optional you can either spawn in the enemy hangar or remain on the surface and keep gaining reinforcement points to win; or also still flying around in a starfighter dogfighting enemy fighters or strafe running players on the ground to gain points for your team. But in order, for the team who has enemy transport ship in there capital ship will now have to destroy it (by shooting at it in there hangar) to stop the enemy team from boarding their ship.

But all in all, I believe these changes that I talked about will make CS even better and allow you to play the game however you want.