Can we do something about Vader’s damage to heroes? 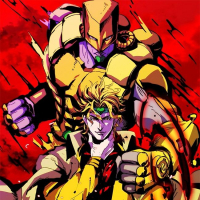 thesuperone342
1305 posts Member
January 22, 2020 6:13AM
His Choke Saber Throw is one of the easiest to pull off, and one of the highest damaging combos in the game. Base damage with no cards is about 420+, which is ridiculous. Lower it to 100 damage with saber throw to Heroes only, and choke should deal 100 damage to Heroes only as well. Brining the combo down to 300 with no cards. Is this ok?
6