Why are so many ideas implemented unfinished? 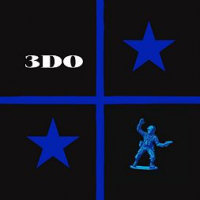 BlueSpy3DO
1019 posts Member
January 24, 2020 9:42AM
You’ve got IA, Coop, and CS all cut up into pieces instead of releasing them at one time. Why is that? Why is it easier to chop everything up instead of just finishing a mode’s content with all eras included and calling it good beyond bug fixes? Just curious
3