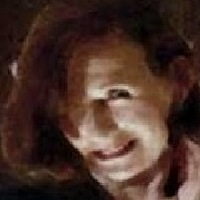 Ferrius
62 posts Member
February 1, 2020 11:31AM edited February 1
So since CW will be revisited (at least expected to) after glorious OT will be awarded with some good stuff, here is few ideas for more CW content that i think will make it more wholesome

1) A-DSD as playable artilary for CIS: since RC is now firmly canon, we should take into consideration to use this badboy because of several reasons - he has established abbilites that complement him, he's heigh is perfect to for hitting AT-TE soft belly and he has 2 weakspots that will keep him in check just like AT-TE - the optical cluster and heatsink on the back of its body under the gun. He's first abbility is Weapon mode - he can shoot he's gun, but its reloads fairly slow and projectile is very heavy, he's second wepon is swarmer rockets that will work like this - press m1 to launch 1 missle at the time, press m2 to unload all 4 which he can hold at the same time. Good thing about missles is that it has a short, but complete control over 360 area of the spider droid. Second abbility is Shock Wave, where he thumps he's capacitor, hidden inside into the ground to zap and damage by 60 points anywone withith 2 meter radius. He's last abbility is Primary cannon. Since Geonosis was mostly a one sided battle, this droid would be perfect to cover retreating starships from encroaching AT-TEs. He will hunker down and leave a small slit for he's eye cluster open by placing he's forward legs to cover the front, which bears he's durasteel plated shields. Sides and back however, remain dangerously open for sabers to swoop in and smack that spider's sides and heatsink on the back. He should have 1000 health and available for Felucia, being delivered by seppie Gozanti cruiser, since HMP was already too expensive to be redesigned to carry this large droid into battle alone.

2)Light Walker for CIS - that fairly simple, just make spider droids playable, or consider crab droids, as they are too will be vulnerable from the front because of their fragile sensors, or smaller Octoptarra tri-droid for even more unorthodox gameplay with spinning guns, which however take much longer to cool down.

3) Engineer class - he can place emplacement guns, heatsink stand that cools blasters 50% faster and becomes explosive if it begins to steam like locomotive from the heat, detonation packs on timer and put sensor scrambler just to be an annoying thing even more so, than Bossk and he's poison balls. Their weapon of choice is utility items - like wookie bolt action rifle, droid repeater pistol for example, that made to be good at defending spots, but too cumbersome for effective attack

4) Gunships - works akin to hovertank, but flies noticably higher, can help teammates by ferrying them around the map and providing firepower on the other parts of the map of CS, where enemy can just keep the pressure because of their default spawn. Have to be fragile and most of its power comes from long cooldown abbilities.
<i>https://battlefront-forums.ea.com/discussion/153743/another-pathetic-thread#latest</i>
Post edited by Ferrius on February 1
0