Can you give General Grievous a cool new animation too? 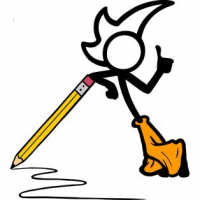