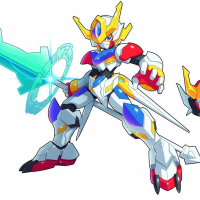 Mega
77 posts Member
February 5, 2020 5:24PM edited February 5
As we are approaching the Age of Rebellion, it's time for the Empire and the Rebellion to reveal their ace(s) in the hole... and i have a few ideas on what they will be:

What could be more dangerous than a Purge Trooper? How about an Mandalorian equipped with a Jetpack and loyal to the Empire? That's right: The Imperial Super Commandos! Now i know that we already the Jump Troopers, but these Mandalorians are better equipped, tougher to kill (obviously), and can handle more than an entire squad of Death Troopers can.

However, if you like to dabble a bit in the Legends like the Clone Commandos, then allow my tell you of the most elite Stormtroopers ever: The Storm Commandos. The troopers one were one of the best in the Empire before the Death and Purge Troopers. Operating with small numbers, these Commandos preformed a wide range of covert operations, precision strikes, and even sabotage. Equipped with specialized armor, numerous weapons, explosives, and special equipment (that is too much to cover), they were a dangerous part of the Death Squadron.

As we all know, the Rebellion had the first Infiltrator in Battlefront: The Bothan Spy. The spy's equipment consisted of a "CR-4I Incinerator", a cloaking device, and Time Bombs. 'Nough said

But it you want something else, then i have something more familiar: The Rebel Pathfinder. You've seen then in action on Endor (Return of the Jedi) and Scarif. While these Pathfinders are equipped with basic equipment, they are trained in stealth, unarmed combat, and most of all, survival. In the Legends universe, these Pathfinders were capable of insertion operations by parachuting and operating without communicators (only using them when absolutely necessary).

However, you like to dabble into Legends more, than allow me to tell you of the Rebel Infiltrator (yes, that's the official title).
These Infiltrators were the most feared soldiers of the Rebel Alliance. Formed from those with pure dark side hatred for the Empire, these soliders would carry out dangerous infiltration mission into Imperial Territory...and they wouldn't be detected till hours after ex-filtration. Trained in hand-to-hand and melee combat (as well as demolitions), equipped with a wide variety of weapons (from silent weapons to garrotes), Imperials always had a reason to fear them. Even Saw Gerrrera would let them know how death comes.
3