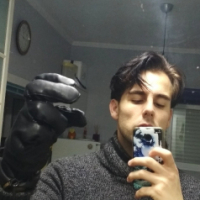 FabiDepp
135 posts Member
February 7, 2020 1:35PM
Due to Yoda's poor defense (he is actually the weakest hero of all heroes and villains characters)
and due to the rejection from the Devs to increase his defense whether augmenting natural base defense or Star Card damage reduction,
I have been thinking that he could avoid any received damage when using the dash attack.

Do you think this could help Yoda not to be that weak? Please let your thoughts and feedback
1