Chewie's bowcaster is getting a rework, all Wookies need a bow rework. 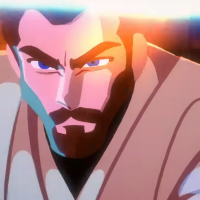 Undead_Corsair
198 posts Member
February 9, 2020 9:32PM edited February 9
There's been news from the lead hero designer that Chewie's crosbow is getting a rework. What this will be like is anyone's guess but I'm hoping more powerful, single bolt shots will be possible with this rework.
If this is the case I think the Wookie Warrior Enforcer class should also get more accurate bowcasters. The 3 shot horizontal spread that transfers into a vertical spread is a very awkward firing configuration that wastes most of the bowcaster's damage. This is worsened when the bolt spread becomes 5 during Overload. Overload is almost always only useful for the Wookie when aiming down sit, this hampers the Wookie's versatility in comaprison to the Death Trooper, which wields a primary weapon that is far better in almost all situations.
0