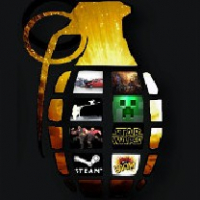 CptAmmogeddon
146 posts Member
February 12, 2020 11:14AM
I think it could be fun to include the All Terrain Open Transport into the prequel content, once DICE inevitably returns to it after the OT-Content (though hopefully not too soon).

I had an idea for a Galactic Assault battle (if they ever return to GA) where a few troop transports are ambushed while transporting troops or important cargo. The republic side's goal is to bring at least one Walker and their cargo safely to it's destination (maybe a drop off point for a shuttle or something). The Map could function a bit like the Geonosis Battle, so it wouldnt't have totally different Mechanics and objectives for each round (1st Phase escort, 2nd Phase slice, 3rd Phase destroy), and instead changing Terrain and environment. Maybe the AT-OT could even be piloted by Players like the AT-TE.

But my main point, which makes me want the AT-OT, is the possibility of having a moving Fortress to fight over. Clones could climb onto the open Back of the walker and fire down on the Seperatists, while the Seppies try to destroy or maybe take over the walker.

The Map could either start with the AT-OT and use them all the way through the battle, or have a first phase where the Republic has to get to the walkers (as seen on Geonosis) or maybe a last Phase where the Cargo has to be secured on the Drop off point or inside a shuttle.