Boots on the Ground with HEROES? WHY? 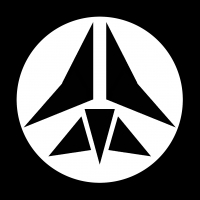 Boots on the Ground was the ONLY event the month i still liked to play Galactic Assault! Why? Because NO damn cross era heroes! no heroes at all!! i LOVED this mode!! It felt great playing, it made fun!! Now i realized: you brought heroes back to the event! 8 Heroes on the field at the same time! Yeah, nothing more fun than defending the Theed Throne-Room with Leia, Han, Anakin and Finn against Darth Vader, Grievous, Phasma and Maul!!! -.-

Yet you still made the stupid heroes unleashed event!!! you did THIS! yet you refused to give us the counterpart that was supposed to be NOW! instead, you just said "no, more heroes!". WHY?

Was it because some steramers complained?!? thats the dumbest reason for a dev's descision ever!!