Benomaleno_
39 posts Member
February 15, 2020 7:20AM edited February 16
So I like most people have found the new format for the multiplayer menu to be quite uneven as of late, with Galactic Assault being pushed to the 'more' tab, it really feels like the gamemode is getting abandoned alongside Extraction, Strike etc.

So what could they do to fix it? I think the answer is not only simple, but very easy to implement. Bring back the multiplayer menu format from Star Wars Battlefront (2015).Attached is my concept art for this updated menu (it's my first time doing this sort of thing, so apologies if it's not the best, but I think it conveys the idea pretty well).

With a menu like this, all gamemodes are at the forefront. Nothing is prioritised as more important, it is all alphabetised. It's still just as easy to get to your desired gamemode, and this way gamemodes that have been left in the dirt like Blast are now at the forefront of the multiplayer menu, I can almost guarantee that if players can actually SEE
every gamemode, then they're more likely to PLAY every gamemode. It's also an impressive way to show off just how many gamemodes this game has to offer, and it would be a neat way to bring back popular gamemodes like 'Jetpack Cargo' back in to the game.

For gamemodes such as Supremacy this icon can act like somewhat of a tab that then leads you in to the era select menu.

Let me know what you guys think! It took me a lot of work so I hope you all like it!

EDIT:
There could be multiple options to organise this menu to best suit your preferred game modes:
- Alphabetical
- Player size lowest - highest
- Player size highest - lowest
- Most played (adjusts to modes you play most) 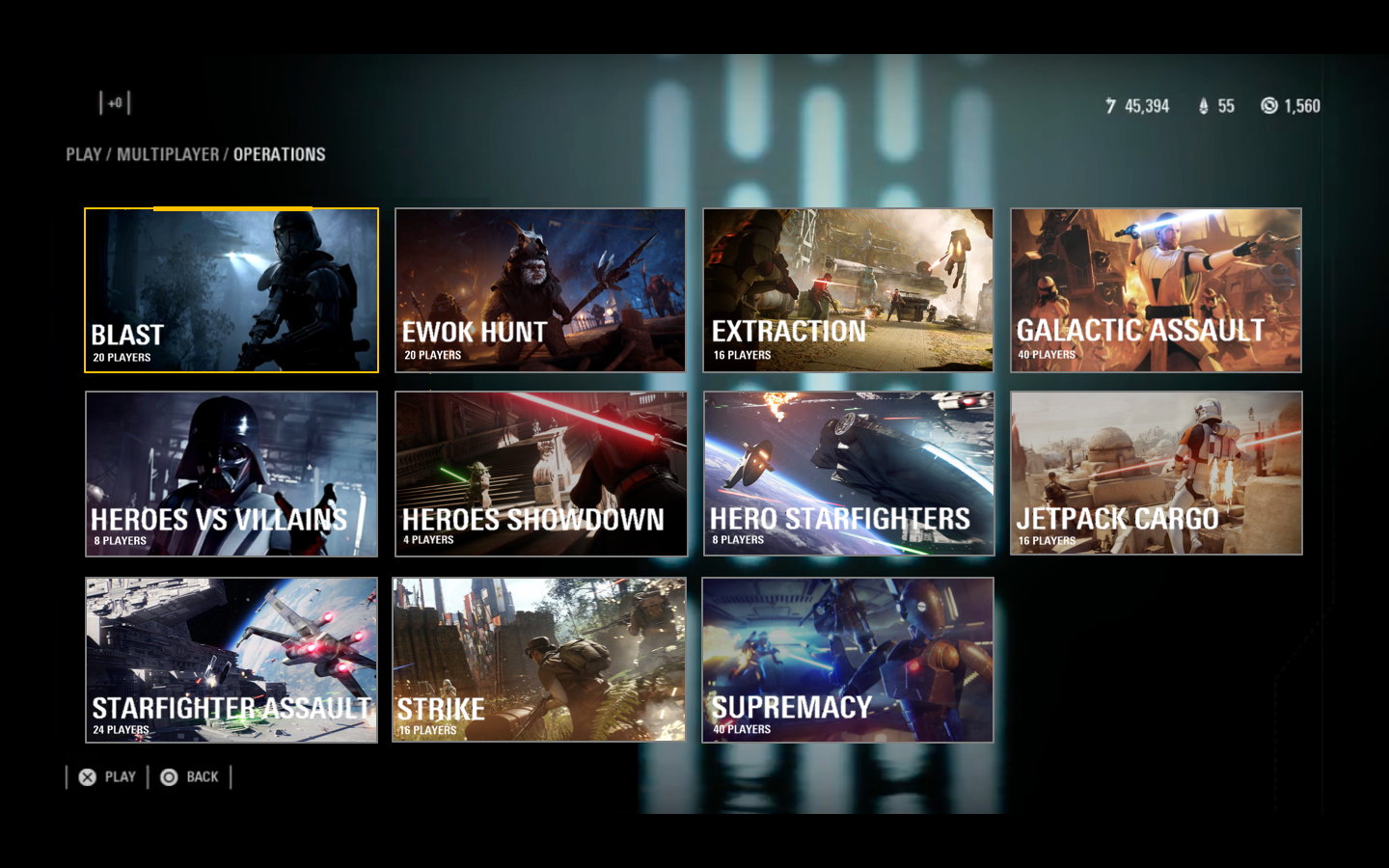