St is the best trilogy cmv 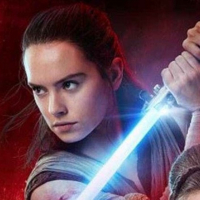 Cane_danko
1628 posts Member
March 2, 2020 7:22PM
Cmv (change my view) the sequel trilogy is the best trilogy. The main reason people complain about it are pretty much the same reasons people complained about the prequels when they aired. It was not the star wars they remember or wanted. What did the people want? I don’t think they know as it is easy to criticize but hard to create. And just like hollywood pushing their own agendas, fans themselves have their own perspective in how they think the world should be and this shows in their criticisms of rey. They say she is invincible because why? She beats a wounded kylo in a duel? Only after being over come with her own rage and focusing the force into that emotion (luke did the same thing to vader). Anakin was pwning aliens left and right as a preteen in an extreme pod racing sport that wasn’t even possible for humans to pilot.

Snoke dies without revealing backstory. People are outraged. There will never be a writing class that says you have to follow this trope. As a matter of fact it will be encouraged you break tropes and pave your own way (just as rj did).

Lastly, luke skywalker’s transition to a grumpy old man was fitting for his character because it made him flawed. Being flawed makes a character better. Having an idealized version of these characters leads to predictability and cheesy fan service. This was the opposite of what luke became. When he dies, he dies without striking a blow against kylo aspiring to what he intended to do on death star 2 when he faced both palpatine and vader. He goes out in the most underrated and under appreciated way possible.
10