All light side heroes need a buff 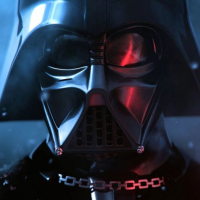 LordMuro
52 posts Member
March 8, 2020 11:38PM
This game become super bad and boring in every mode dark side just dominating because of the op dark side heroes.HvV for example is a dead mode because u cant find a single game because all ppl don't want to play with the light side or game ending in 1 min because dark side **** light side and then u play alone or u play 4 vs1 if u are at the dark side.
3