Impacts of the Covid-9 crisis on BF2 updates ? 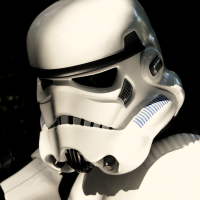 SnakeMajin
785 posts Member
March 13, 2020 5:19PM edited March 13
You're all aware the Covid-19 is getting quite global. Maybe the biggest health crisis since a century. In Europe, even outside of Italy, it's starting to have quite an impact on our jobs. Even without being sick or quarantined, schools starting to close may lead many parents to stay home with their kids.

Therefore, the hastiest around here might have to expect delays on BF2 developments, in the next few months. If not on eras, modes, heroes, troopers, I know we'd all agree the team's safety and health comes first.

I feel like watching the Blue Shadow Virus episodes everyday on TV, how are you all doing for now ?
1