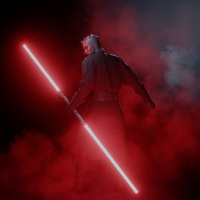 Equinox
149 posts Member
March 20, 2020 6:24AM
Just a thought, but could Yoda be tweaked a bit. I feel like "he is too small to hit" just doesn't seem right too be the reason to nerf him. I am not saying give him a huge buff to make him OP and I am not saying he is a bad hero. I am saying that he could use some love. That he can be better then he is now. His Unleashed abilities doesn't work half the time (like all force abilities), his health buff is 50/50 its good but also not good, and his dash is the only trustworthy ability he has. I am not saying work on him now. Just think about.
1