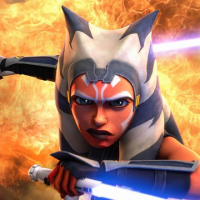 LordAhsoka
15 posts Member
March 26, 2020 9:39AM
I'm well aware I'm new to these forums, have been reading them since the launch of the game. I am a player who's played since launch and have well over a couple thousand hours put in to the game so I by no means am not uneducated on what goes on in the game.
Anakin was by far my most anticipated hero and when announced his offense would be second to none, it made me so happy. When released we all know what a mess he was. First game of GA I had a 101 killstreak with no cards. He was insane. Since then DICE has nerfed Anakin further and further into the ground, making him one of the most unreliable and bottom tier heroes. I'v seen a few posts on here about Anakin and they all seem super positive in terms of actually buffing him which makes me happy. I figured I'd make another one to help promote the idea of buffing Anakin, so my ideas are as follows
Stamina
Change stamina regen delay to 1 second and give him 16 attacks with 14 blocks. Blaster stamina is pretty good. I think his swing speed could be increased slightly.
Revert the change to Massive Strikes or either A) lower the stamina penalty or

increase the damage. Something I have yet to see anyone mention is the fact that Grievous has the exact same stamina penalty, but gets 10 more damage. Seems a little unfair to Anakin. His Massive Strikes card was literally never an issue in my opinion.
Pull Dominance
Bring enemies back to his feet. Please. That used to be one of the best assets he had, now it's so inconsistent I pray every time I use it.
I think the damage is fine. I wouldn't mind even lowering the damage a tad bit to let him use it in the air, but that's my opinion
Heroic Might
Many months ago when I saw people making threads about buffing this ability, it seemed very mixed. Now I have seen that the overwhelming majority of players actually want it buffed so that's great. Here are my quick thoughts before the changes. It is unacceptable that Anakin has to 100% rely on a card to make this ability effective. Abilities are supposed to make the character better and it seems in its current state, HM is actually a liability with its bugs and unreliability.
Increase the base damage to 160 against troopers and 120 to heroes.
Allow for Anakin to charge the damage to cap at 350, dealing 400 with Raw Strength.
Base radius stays 10 meters. Can't have such a strong ability have so much range without at least charging it
Allow for the radius to increase to 25 meters when charged, 30 with Control The Force
Lower the damage reduction to 75%, It shouldn't be a win button with no drawback. There has to be some poison to it so you don't just stand in a room and take 0 damage like you can now when the damage reduction actually works
Make sure he obtains the damage reduction both before and after the activation of the ability, making sure he doesn't get melted when coming out or going into HM
Passionate Strike
Personally, I think it would work best if they scrapped the ability and gave him a Luke 2015 rush like ability but that's not likely. Instead I have a few ideas that could work. Either buff damage back to its pre-January nerf and increase the swing speed and add the knockdown back. Or make it a duelist-like ability, giving Anakin the ability to have one or two attacks from his main attack sequence go through the block of an enemy. Against infantry, think of it as like an Initiative strike like Dooku has.
Retribution
Honestly, with buffing Heroic Might, making Retribution much stronger would be extremely wrong but it does need a buff. Right now it doesn't do enough to cripple a lightsaber users health regen, takes WAY too long to charge for an ability that does as much damage as it does, and is just way too buggy.
So I think, buff the damage slightly to infantry to 330, and heroes to 300. Or make it last 3 seconds instead of 2, whichever is the more balanced.
Allow for Anakin to charge the ability at a slower rate than normal when taking damage in Heroic Might instead of not at all.
And make sure Anakin receives the damage reduction upon activation and after it releases. The other day I was using this ability in HvV and got yanked right out of it by Kylo. Needless to say I was not happy.
Star Cards
Tenacious: change max health to 150
Massive Strikes: remove stamina penalty/lower penalty or increase lightsaber damage
Steamroll: remove damage requirement and let him get a 40% reduction to stamina automatically
Pressure: Increase damage in epic state to 40


I apologize if this seems too wordy or even if it is just similar to other posts, it is my first post. I just wanted to voice my opinion on buffing Anakin because he needs one very bad. The Lightside needs an answer to Vader and I would much rather see other heroes buffed before nerfing Vader.
6