Clone Wars is awesome. Anyone else think so? 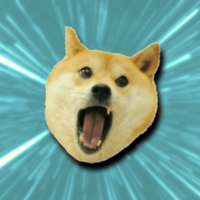 ThatShibaThing
312 posts Member
May 1, 2017 3:31PM edited May 2017
I've been binge watching the show and I find it much more interesting, fun, and funny than Rebels. As of right now I like just got to season 3, and I love it.
Much Star Wars.Very forums.
Post edited by ThatShibaThing on May 2017
0