Can we please calm down about Clone Wars? 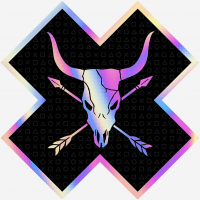 meshugene89
3845 posts Member
May 3, 2017 1:30AM
Look, a lot of us like the Clone Wars TV series. It was a lot of fun and did a lot to both expand this largely unknown aspect of Star Wars lore as well as deepen people's appreciation for this time period. The latter, you could argue, might not have happened otherwise and so peopl may have continued to thoroughly dislike the PT since all they had to go on were the films.
However, no matter how much we may like this TV series, we shouldn't let it cloud our judgment as far as what content to expect in this game. Don't get me wrong, I'd love to see characters like Ahsoka, Rex, and Ventress in the game, but do I think they will be? No. Not because I consider them invalid in any way or because I don't think they belong in a Battlefront game, but I simply think that the primary focus of this game's multiplayer is on the movies and not the established EU, which is just fine. It seems to me that the developers have plenty of material to work with just going by what was featured in the movies without having to delve into the mammoth amount of content from the TV series.
It's easy to let your mind wander into flights of fantasy about what to expect when you hear the words "Clone Wars" mentioned in the same sentence as "Battlefront", but remember that the Clone Wars is a major conflict in the Star Wars saga and not just a TV show. So just because the people involved in making this game say those 2 words does not equate to the inclusion of content from the TV series but is likely just referring to the galaxy-spanning conflict that was the focus of 2 of the films.
By all means, continue to make it clear that many of us would one day like to see this content featured in a Battlefront-style game some time down the line, but at this point I wouldn't expect any of it to be featured at this time.
__________________________________________________________________________________________________________________
My Concepts
Clone Skin Changes | Clone Customisation & Menu | Empire Customisation & Menu
0